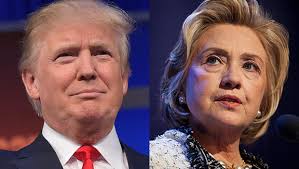 MODERATOR: Mrs. Clinton, why do you think your Emails have been an obsession with the press? Do you feel you should have done more initially to get all the information out?

HILLARY: No, look, no one cares, I'm the most powerful woman in the country. I have so many fans, white men love me! They love me! I'm so good at emailing, that's why it took so long for the feds to comb through all of them. I get thousands of emails every day from people who just want to know me. Just want to be a part of the fantastic things I have going.

MODERATOR: But the head of the FBI said you didn't use discretion as you should have with your emails.

HILLARY: Well he's an idiot. You know he's a Republican right? I heard, I mean many people are saying that he worked for the KKK. I'm not saying that, but I mean, come on, something is up there.

MODERATOR: Secretary Clinton, are you saying the head of the FBI is working with the KKK?

HILLARY: No, no, I said that many people were saying that, not me.

MODERATOR: Secretary Clinton, your opponent has made reference to your health, claiming that you may not be mentally or physically fit for the office of President, what do you say to that?

HILLARY: He's a fat ass who lives off fast food. I hear he's got heart trouble, I mean lots of people are saying it.

MODERATOR: Secretary Clinton, you and Mr Trump have very different views on how to deal with Putin, what do you say to his admiration of Putin's leadership over that of our American President Obama?

CLINTON: Well, I think it's because Obama refused to have sex with Trump but Putin didn't.

MODERATOR; Are you insinuating that Mr Trump has had sex with Valadmir Putin?

CLINTON: Oh I'm not insinuating it, I'm saying it flat out. It happened.

TRUMP: You lying bitch! I did not have sexual relations with that dictator.

CLINTON: Oh, we've heard that before.

TRUMP: You can not slander me that way on national TV! How unpresidential, you fat old hag!

CLINTON: Can you prove you didn't have sex with Vlad?

TRUMP: Can you prove I did?

CLINTON: No, you proved it by your response.

(to the moderator) I need to go to the bathroom, I think my tampon is full, no wait, I don't have a period anymore, what am I thinking? It must be menopause, you all know how that can really mess up your memory and moods, am i right? No, wait, crazy me, I went through menopause 10 years ago! What am I thinking? I guess I just need to go pee, can I go pee real quick? I didn't wear a depends like Donald did. Donald, do you still use the kind I recommended to you at your wedding to Milania?

CLINTON: Didn't you golf regularly with Bill during that time? And wasn't that around the same time you were cheating on Ivana with Marla? Is that why you never bothered to tell me, because you and Bill were cheaters golfing buddies? Hi Jennifer, glad you could come to the debate. You must be so proud to be "the other woman" it's profited you well hasn't it? Maybe you can sleep with Donald here too.