More from My book, Men of God 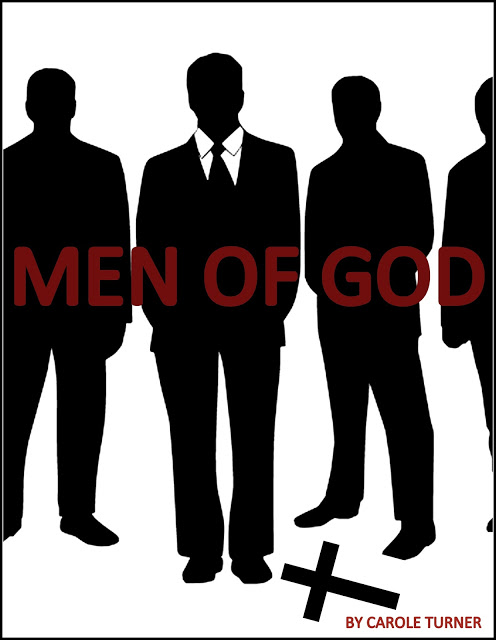 Bill hung up the phone quietly, trying not to wake Lois. He looked at her, she looked so peaceful and regal. He never stopped being in awe of her beauty. She was the reason he kept going. She was the gas in his engine, no one else pushed him like she did. She believed in him long before anyone else did. He rubbed her hair back from her cheek and she stirred. He wanted to wake her and make love, for a minute he pictured it but he knew he couldn’t think of it for long. It was torture. She had grown cold to him a long time ago. He was lucky if he got sex once every six months or so and even then it was as if she was performing a duty rather than in love with her husband and enjoying it.

He softly kissed her cheek and walked out the door.

Lois opened her eyes, she had been awake the entire time. She didn’t know where he went when he left late at night and she was afraid to ask so she just pretended to be asleep. Maybe she could have stopped him from leaving if she had woken up and looked at him but she was too tired. Being Mrs. Bill Travers for over 20 years had taken its toll, it was a lot of work. She would rather sleep. So that’s what she did.

Bill drove quietly down the dark alley behind Baby Dolls Strip Club and came to a stop in front of the back door. A short stocky man came out and approached the car, Bill handed him money through the car window. The back door opened again and an attractive black transvestite came out and got into the car with Bill.

His name was Treasure. He tended bar at Baby Dolls and he worked as a prostitute on the side. Treasure was 18 years old. He had age in his face well beyond his years, the streets had given that to him. But you could see youth in his eyes, they showed a soul with deep wounds, lost innocence and confusion.

Treasure wore a blond Marilyn Monroe style wig, which went nicely with his caramel Creole skin, almond shaped eyes, slightly wide nose and full lips. Treasure was born a boy, Charles Manor, but he always felt like a trapped girl. His parents kicked him out at 15 after they caught him trying on his mother’s clothes.

Bill called on Treasure once or twice a month. Bill was addicted to Treasure like a crack addict to the crack pipe. He got high from their sexual encounters and the danger of it all. He was another person when he was with Treasure, Wild Bill, he would call himself, that was his alter ego.

He only wanted oral sex, something he never got from Lois. He felt excited looking at this beautiful man, dressed like a woman. Bill wasn’t gay, he just wanted oral sex from someone who understood what men want and need, that’s what he told himself. And really, what was the harm in it? It wasn’t intercourse so it wasn’t like he was cheating on Lois or on his faith, or on the moral code he called others to live by. This was just getting a physical want and desire met, by someone that he considered beneath him, a sinner who was going to hell for being gay and for selling his body for sex. Getting a blow job every now and then from Treasure was not sin, it was helping his marriage. That’s what he told himself.

Bill would drive a short distance from the back door of Baby Dolls and park in the dark parking lot. Occasionally other cars would do the same and Bill didn’t like that. No matter how he justified these encounters in his mind, he still didn’t want to be found out.

He would often wear a fake mustache and a fedora to try and disguise himself just in case someone in the other cars looked his way. But he didn’t have to worry about that, they were all trying to avoid being seen as well.

“I need to raise my rate for you Wild Bill, I’ve been charging you $20, but I’ve gone up on everyone but you. I was afraid of what God would do to me, got to give a discount to anointed men of God, preachers, cripples and senior citizens” Treasure said with a smirk and a slight laugh. "But next time, it will be $30, I'm praying God will understand."

"Don't talk about God." Bill said in a low tone, raising only his eyes to meet Treasures with a stern look. Treasure rolled her eyes and began to give Bill what he came for.

When Bill had finished Treasure opened the glove compartment to grab Bill a napkin. While Bill was cleaning himself up, he started to whimper like a puppy with big heavy tears forming in his eyes and slowly falling down his cheeks. Every time he was with Treasure, guilt would come rushing over Bill after he was done. Treasure would let Bill weep his shoulder and he would rub Bills head and reassure him. "It's ok, don't cry. God loves you. He will forgive you."

But Treasure had little tolerance for this and he wasn't getting paid to babysit grown men who felt guilty.

“I gotta go Bill, see you next time.” Treasure pushed Bills head off his shoulder, laid it back on the seat and got out of the car. Bill didn't lift his head. It felt too heavy to lift. Through tears Bill saw Treasure disappeared back into the Strip club.

“You ok?” Bart, the night manager of Baby Dolls, asked Treasure. “Yea baby, I’m good. I learned a long time ago, I can handle anything for two minutes.” Treasure said with a smirk, as he rinsed his mouth out in the bathroom sink.

“I need you back on the floor, your sister is late again so I need you to cover her section. I may have another client for you in about an hour.” Bart said.

“Wild Bill still only paying me $20, I know you getting your cut before I even see mine so I told him next time he was paying me $30.” Treasure checked his make up in the mirror. He was happy with it. He looked good. He was a beautiful woman.

Bill drove down the ally way, wiped his tears, steeled his heart to never do that again and started his drive home. He was drifting off in thought as he drove down the quiet streets in the wee hours of the morning when he suddenly saw a person standing in the middle of the road right in front of his car. He slammed on the breaks just quick enough to not hit them. It was a woman. She was older, looked like a bag lady. She banged her hand on his hood. “Wake up Bill! You almost ran me over! Can’t a lady cross the street without getting killed!” She yelled at him and continue to cross the street.

Bill was shaken. “Wait, did she just say my name? Do I know her?” He thought to himself. “Hey, do I know you?” He said as he got out of the car that he left parked in the middle of the street.

“No, I don’t think you do, but I know you, Bill Travers.” She stopped on the sidewalk and turned toward him. “What you’re doing is dangerous.” She said with a warning look on her face.

Bill panicked inside. Wait, this lady knew where he had just come from? How could she know this? Who was she?

And just like that, she was gone. She disappeared right before his eyes.

Bill staggered back from the curb. She was just there on the sidewalk! How could she be gone now? He rubbed his head. Wiped at his eyes. Had he been hallucinating? It is 3am, maybe he was seeing things. And hearing things?

No, she was real. He could still hear her voice in his head. No. This is crazy. He looked around again, no one was there. Had God sent an angel to talk to him? Had the devil sent a demon? His mind wasn’t clear.

He suddenly felt fear and he started to shake and cry. He ran back and jumped into his car but he couldn’t move, couldn’t put the car in drive for the longest time. He just sat there crying and begging God to forgive him.

He saw the sun coming up and it yanked him back to reality. He had to get home before Louis woke up. He would try to forget this night. But he wouldn’t be able to.
Email Post
Labels: Men of God The American/Celebrity Church writing