A Little More From my Book, Men of God

March 04, 2016
So here's another little piece from my book. Again, it has not been properly edited and I'm sure it will get fleshed out more as I progress but I thought it was an interesting scene.

I'm also curious what my lawyer friends think about this scene. is it realistic? I've watched too much Better Call Saul maybe?

Anyway, let me know what you think if you have time. Remember, this is set in the late 1980's TV Evangelist world... 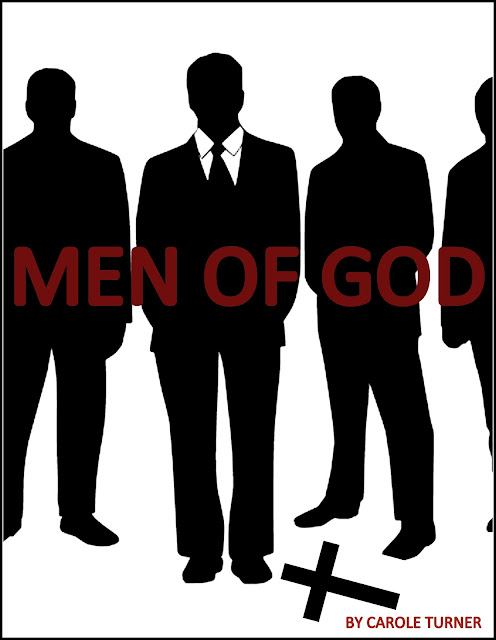 Gary Veal had been Sheila’s high school sweetheart and Roberts best friend. Gary and Robert had gone to college together, now worked together at the same law firm and stayed close friends.

When Sheila left for her trip to Europe the year after graduation, she had broken it off with Gary. She felt she needed to be single and concentrate on her relationship with God. She was a new believer and Gary wasn't on board with her newfound faith. He didn’t like that she suddenly didn’t want to have sex with him anymore and was always trying to get him to go to church. So the break up was fine with him. He spent the time getting high with all of his new college friends. He was determined to graduate from Tulane with a law degree, move to New York and work for a law firm representing famous Wall Street Tycoons.

But to this day, when he thought about that phone call he received from Sheila late one night 11 years ago, “I’m pregnant Gary…Yes, I’m going to marry him to make it right with God…He’s in ministry. Yes, I will be moving to London.” he still felt the sting of pain left in his heart. He hated Branham for that. He hated him for stealing his true love.

When Branham called him it was a shock. “Gary, I know you don’t care for me and I understand why but I need legal help from an attorney here in New Orleans, who knows New Orleans but also someone I know understands this world that I live in.” Branham told him. Gary was curious so he accepted the meeting.

“Branham, nice to see you, come on in.”
“Thank you for seeing me Gary. I won’t take much of your time.”
They both sat in the small sitting area in Gary’s office.
“OK, what’s up?” Gary was ready to get this meeting over already.

“When I was here last year I was given incriminating pictures of a prominent TV Evangelist along with one of your local politicians at a strip club here in New Orleans. The politician is one of your clients and the evangelist is on the board of my ministry. He has a wife and a daughter. I need your advice on what to do with these pictures. I would just destroy them but the person who gave them to me made it clear that she had copies and would give them to someone else eventually if I didn’t do something to stop their activities. And now that it has been so long since I first received them, she came to me when I was here last month and warned me she would now also say that I have known about this for over 7 months and have not reported it to anyone.”

“Ok, let me see the pictures.” Gary said and gestured toward to envelope.
“I need to know you will provide me with counsel first, before I let you see them.” Branham replied.
“Well I don’t know if I can yet Branham, it depends on who and what is in the photos. If one of my clients is in one and he’s doing something illegal, then I will lookout for my client's best interest, you know, since they are already paying me to be their lawyer. Just let me see what you have Branham and then I can tell you what you should do ok?”

Branham handed Gary the envelope. Gary pulled out a stack of photos showing Congressman Mike Smith purchasing sex in the alley behind Baby Dolls strip Club and parked in the same back parking lot was Bill Travers Lincoln Town Car. One the photo was written, “See that license plate? That’s Bill’s car.” The next photo was of a tall black transsexual getting into that car.
There were several more photos of the congressman and also Bill Travers getting serviced by prostitutes, entering the car and leaving the car.
“Bill Travers? Didn’t his daughter just get back from working with Sheila? Good lord Branham, who gave these to you?
“I don’t know her name or what she looks like. These were mailed to me and then she wrote again with the threat to say I’ve been sitting on them. I don’t know how she’s connected to them but I think she works at Bill Travers ministries. I don’t know how she got them, she didn’t say.”
“How do you know it’s a woman?” Gary asked.
“Because of the handwriting, look at it, it’s very feminine, I think these were sent from a woman.”
“Why didn’t she take them to Louis Travers?” Gary asked.
“I don’t know, maybe she wants to destroy his ministry, not just breakup his marriage.”
“She’s threatening to give them to someone else and then say that you knew this and sat on it for several months rather than exposing my client to his constituents and Bill Travers to his followers?”
“Yes, and I don’t want to be involved in this at all. Bill is a brother in the lord. I don’t want to be involved in causing him any trouble or bringing scandal into his life. He’s a man of God and I dare not touch God’s anointed.”

Gary was past annoyed now. “Uh, well unless you made him get blow jobs from a man dressed like a woman, then I’d say you didn’t bring scandal into his life, he did. But you’re right, this isn’t something you need to be involved in. You were right to come to me. I will take care of it. How can I find the person who gave you the pictures? Oh and you should know, I’m only doing this to spare Sheila and the girls from your face being plastered on the news as the preacher who exposed Bill Travers.”

“And because you also have a client involved here Gary.” Branham declared in a knowing tone.
“Yes, my client is in these pictures, this could cause him some damage. Like I said, I will take care of this just give me the information so I can talk to this lady.” Gary handed Branham a pad and pen for him to write down her address.

“I hope this doesn’t backfire on me. If you go see her she may panic and follow through with her threat. Branham said as he wrote it down and handed it back to Gary.
“Branham, my clients are always getting blackmailed, I can handle this, Ok? But you will be the one paying me for my time since I’m protecting your TV Evangelist friend.”
“Yes, yes, I will cover the cost. Thank you Gary for doing this for me.” Branham rose from his seat and shook Gary’s hand.
“I’ll be in touch as soon as I talk to your blackmailer.” Gary replied.

Branham left Gary’s office and headed to the airport. He knew Gary had a way of taking care of these kind of situations.
Books Creative Writing Men of God The American/Celebrity Church writing