Adding to the Noise or Starting Conversations? 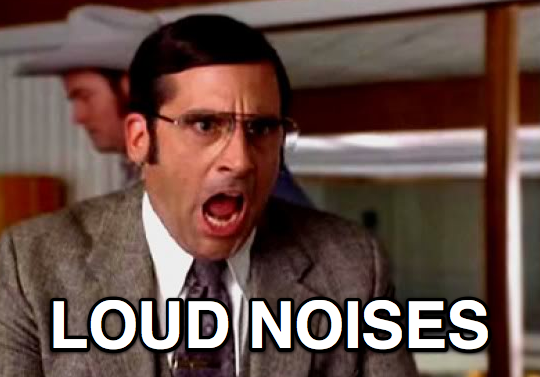 Recently I've noticed that a lot of the writer/thinkers I follow on social media and read their blogs, have pulled back significantly on their contribution to the overall conversation. They blog less, tweet less and post fewer commentaries on Facebook.
I wonder if it has become to exhausting for them?
I wonder if they decided that being a part of the conversation during this political season isn't worth the trolling, hysterical and hateful comments?  I know how silencing the extremest can be and I don't have anything close to the followers they do.
Are we slowly being bullied into silence?
Are we beginning to feel like it's wasted breath?
Have we said all we need to say about every issue?
Is there too many angry voices drowning out each other?
Are we becoming desensitized to all the outrage and every issue is a huge issue now?

I think it's a combination of all of the above.
For me, it's important to start conversations. If I start one or join one, it's very personal. When I write about something it's because it matters to me which makes it even more jarring when people who are friends reply to a post with insult. "That's just ignorant...You know better than that...do your research.." insults that imply THEY know better, they are right, they are informed and I am uninformed and need to just be quiet. This mostly happens on Facebook, especially when it comes to politics. I find that several of my friends on the right have no tolerance for someone who was once one of them who now has a different opinion. I infuriate them. They simply don't believe I could have accessed the same information and come to a different conclusion. I must be brainwashed, brain dead or under the influence of the "liberal media." AKA ignorant.
I've been active on social media and had my blog since August of 2005 and I've learned a lot from trial and error. I believe in order to have a healthy debate I have to approach each conversation with respect for the person who comments, even it they infuriate me or if they are a friend who insults my intelligence. If they were standing right in front of me, how would I respond? How would I want to be talked to in this debate? These are questions I TRY to ask myself before engaging.
I have friends that I often disagree with but we can disagree without insulting each others intelligence. The other day I had two people approach me and say "I saw you were fighting about transgender bathrooms on facebook." to which I replied, "we weren't fighting at all, we were debating the issue." Sure, some in those who commented brought in some intensity, sarcasm and some angry aggression, which I tried to defuse, but as far as my participation and 90% of those that commented, we kept it civil. I've had full blown arguments on facebook to be sure. My post on marriage equality got straight up crazy, I had to block some people because they got really ugly, and I don't believe there is anything wrong with having a real argument about such a heated topic, as long as it remains civil.
I've unfollowed many people, some I didn't care for in the first place, others are dear friends that I want to remain friends with so I HAD to stop following them. I don't believe they should be silent or filter their passionate beliefs. I don't believe that Facebook should just be for family pictures and updates on your kids and pets. I believe it is the new water cooler where we discuss politics, show off our stitches and broke bones, share funny videos and pictures of our kids.
I just don't think collectively we have learned how to navigate an arena where free speech is constant and immediate. Social media is instant, response is instant, conversation can be had immediately with people all over the world. This is still new, never before could we all converse about any given subject with both friends and enemies immediately. It is exhausting.

The bullies are winning.

Daily there are new crops of Boys Crying Wolf. These BCWs are voices who can't live without attention, they have an unhealthy need to be heard so they create drama, exaggerate and jump on any and every bandwagon. They make up news stories knowing that well intent people will retweet them or post their fabricated pieces to their facebook wall. They are drowning out legitimate debate and causing people to check out of conversations or over engage in conversations which I fear is leading to burnout and apathy.

They are the noise. They confuse us. I don't want to add to that noise. I want to start productive conversations, engage in civil debate. Yes, I feel it's my job to start conversations about subjects that make others uncomfortable.
There is a place in this world for pot stirrers, we make sure the rue doesn't burn so the gumbo taste good.

We aren't the bullies, we stand up to the bullies. We aren't the Boy's Crying Wolf, we check Snoops before posting a link, we question the band wagons, and realize there is really always two sides to every story. Yes, we have strong opinions about issues, but we are not the ignorant, we do our research and we are informed. If we go quiet, as many have done recently, the bullies win. The noise drowns out the conversation and we will be left with extremist, BCWs and bullies owning social media and controlling policy debate and social commentary.