Wage Equality is Personal For Me 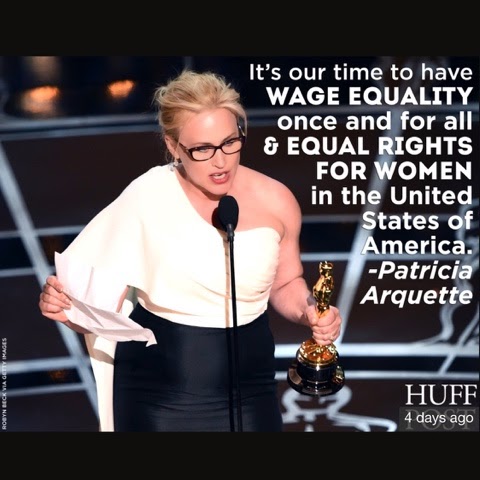 At my last job I was paid $3000 less a year than a 28 year old man who was hired after me, who actually came into the job with less experience and carried a smaller case load then I did the entire time I worked there. We both had the exact same job title and description but I did twice as much work while he was paid more then me.

But he was a man.

The Equal Pay issue is fresh and personal for me.

Laws have got to change.

People say "It's already illegal to pay women less." Yes, but what good is a law if you can't enforce it? If there is no recourse? All the employer has to do is make up any other reason why the man was paid more.

The guy I worked with had a college degree, even though he didn't have a degree in anything pertaining to the job, that's all the reason my employer needed to deny equal pay.

Yes a complaint can be filled with the EEOC, which I did, but if a business has less then 15 employees, there is nothing that EEOC can do.

Louisiana is a "free to work" state which means it's Employer friendly. If you are an employee you are screwed. You can be fired at anytime for any reason.

When I told my supervisor that I was going to present my case for equal pay to our executive director, she said "I wouldn't do that." I have found that even some women role their eyes at "crazy feminst" wanting to be paid the same wage for the same work.

But I did bring up Equal Pay to the executive director and not long after I was fired.

It's also already illegal to fire someone in retailiation for brining a discrimination issue to light, but again, "free to work" state makes suing close to impossible. I consulted with an attorney about all this and she said they can just say they fired me for whatever reason they want and unless I can prove it was in retaliation for bringing up Equal Pay, there really is nothing I can do.

I was never told why I was fired, just "we've decided to part ways." I think I was fired because I refused to be squashed, it certainly wasn't for poor work because I worked circles around the other case manager. Anyone who knows me knows that I'm vocal, I speak my mind and that makes a lot of people uncomfortable, especially people who are use to going with the flow and having women go with the flow.

Even in 2015, you're a bitch if you are a woman who stands up for herself.

It's time women weren't penalized for being assertive, defending themselves, working hard and expecting to be paid equally.

This cause is my reality right now.

Thank you Patricia Arquette for using your platform to get America talking about it. 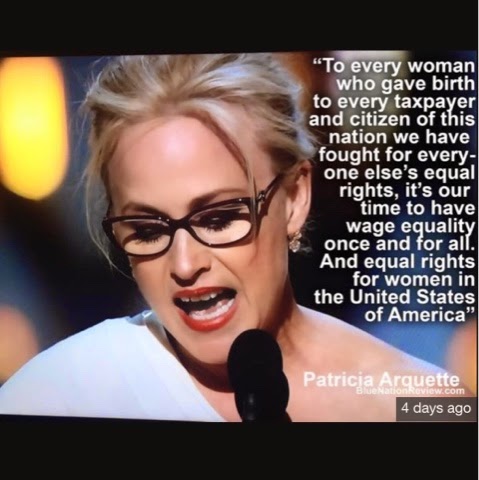