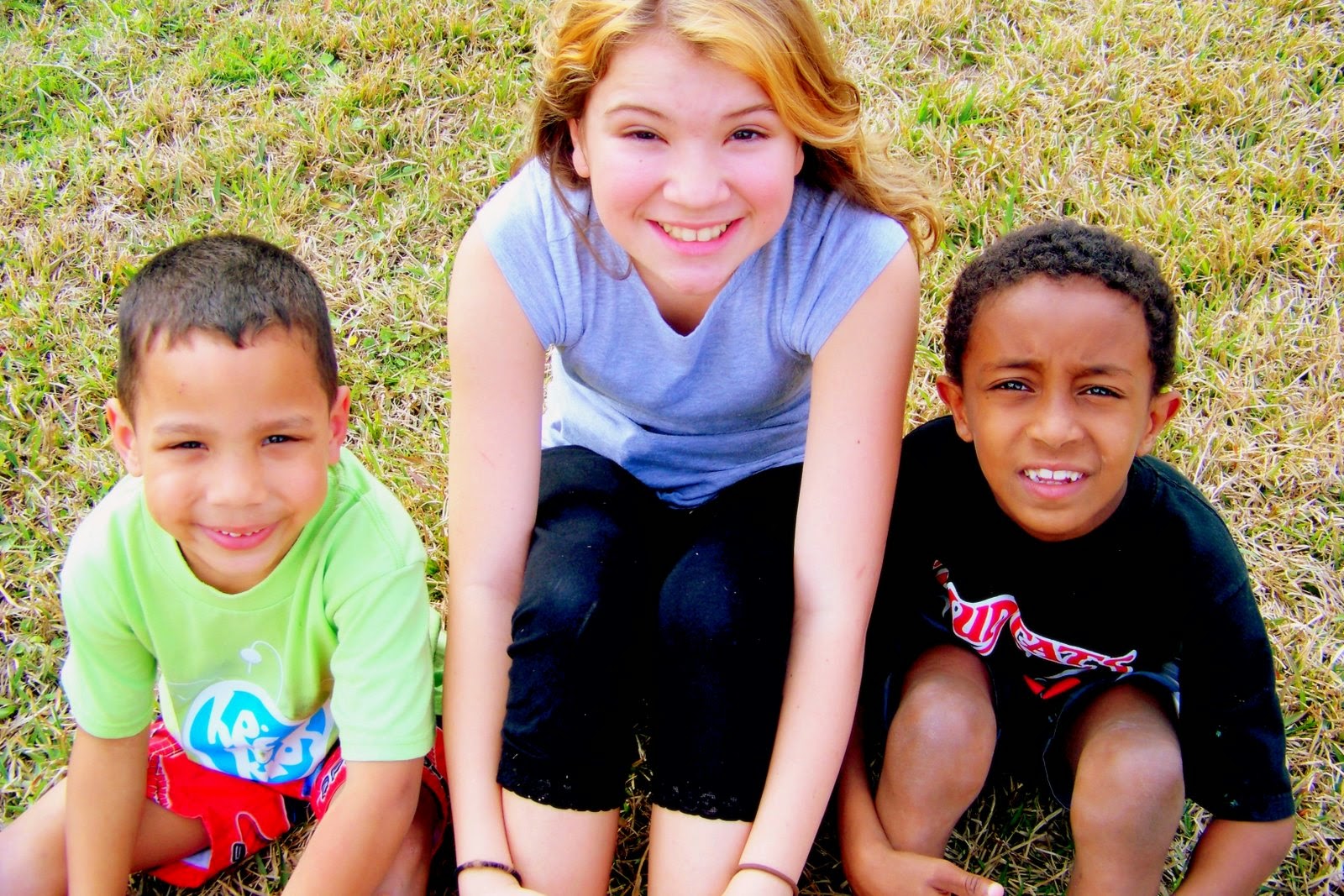 It's hard to put into words what the last six years has been like. Being honest online about adoption is not comfortable. Even though I freely talk about a lot of things on here, I hesitate to be so open about the struggles that come with adoption for fear of being judged by people who have never walked in my shoes and by those who have walked in my shoes only they walked better. Parents are already so judgmental of other parents and its even worse with adoptive families. We rarely get any grace, we are either villains or hero's, our motives for adopting are judged with added harshness, the way we parent our adopted kids against the way we parent our biological kids, everything we put out there is examined through a magnifying glass for people who want to say "see, they shouldn't have adopted!" and by those who like to think to themselves, "awe, poor child, I would be such a better parent. All you need is love."

But I want to reflect on the process to date. This very unique- to us who have adopted older children- process of growing love.

Our lives changed completely in January 2009, that is when Abel became our son. This year, 2015, is the magic year . I heard that it takes however old they were when you adopted them, that long from the time you brought them home, to really connect with them. Since Abel was 6 when we got him, this year should see that miraculous connection happen. 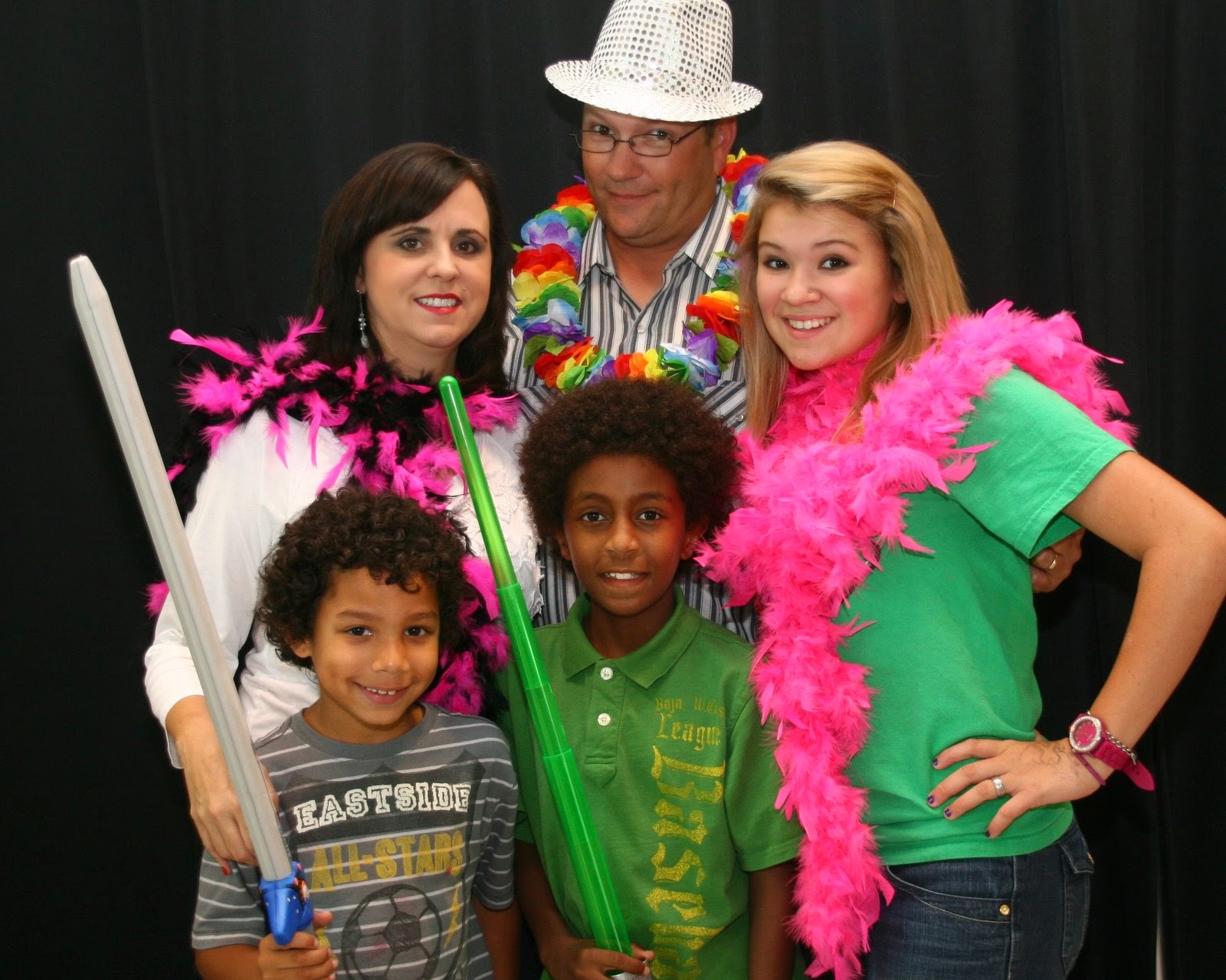 I'm not saying we aren't connected, But the only magic is the work. Connecting with a 6 year old stranger is work for everyone. Sometime we are working together, sometime he's working and I'm too tired to work, other times Dean is working when Abel isn't and I'm not. We should all be working all the time but if I'm honest, I think I fail at the work more then I succeed and Abel doesn't know how to work at love, he only wants to shut down, go inward.

I romanticized having children, adopting kids, just like other potential parents do. Whether we are birthing kids or adopting them, we believe what we want to about how life with them will be once it is a reality. I had no idea I would have to work for the love, the love I have for him and getting him to love me. It has been and still is work. That is unique to adoption.

I had a complete melt down today. I had lashed out at him for not cleaning up dog pee. When I was coming home from work I called and told him to take Cleo out to pee, he didn't do it, so she peed again on the floor. He responded with the usual blank look on his face, no apology unless I make him, no remorse.
My trigger with him.
The lack of response.
The complete disinterest.
I call the face he gives us the "eat shit and die" face. because it really looks like he could care less what is going on at the moment.
He's checked out.
And that makes me crazy.
I was screaming, begging for something. I get nothing unless I demand it and then it infuriates me.
The face he gives me when he responds to "I love You" is the same face he gives when I tell him to take out the trash or scream at him for not cleaning up pee.
I rarely get another face. Unless it effects him earning money, spending time with friends or looking cool in front of girls. 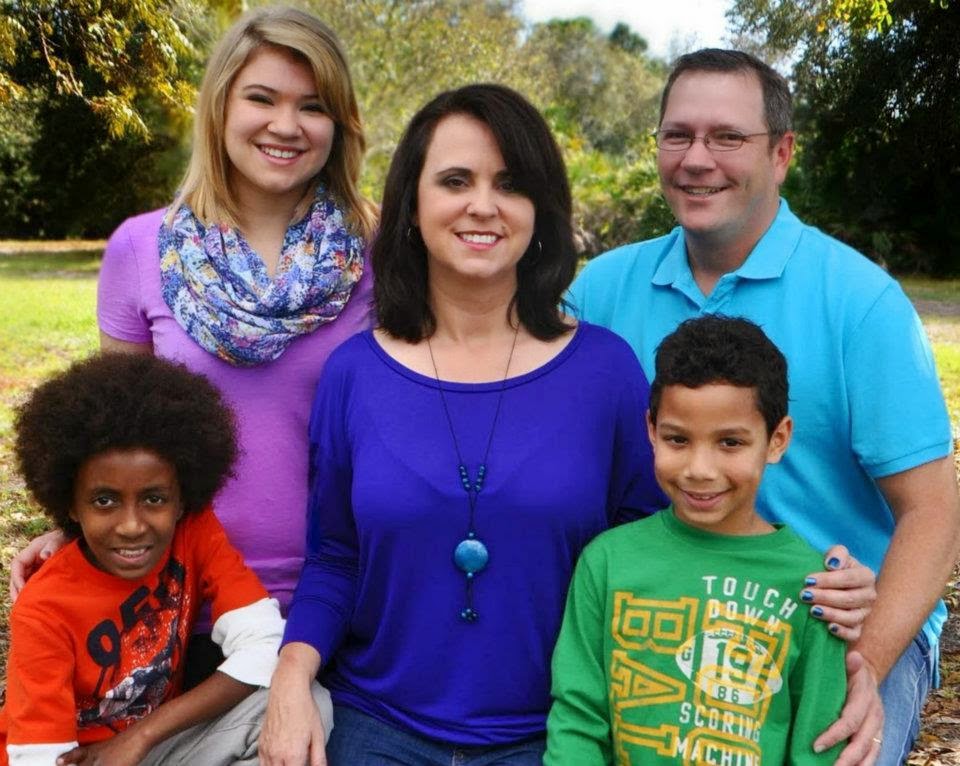 But I know his teachers see more, his friends see more, even Evangeline and Steele get more from him.
So I lost it. I told him that my greatest frustration in life is that I can never really reach him. My biggest heartache every day is that he doesn't connect with me or Dean like he does others. My biggest trigger is when he checks out and the only thing that brings any emotion is a spanking. I feel like I literally get only walls of mistrust and disconnect. I told him I want to know him, understand him, but he wont let me and it breaks my heart.
Of course by then I was bawling. He was tearing up.
I went to the kitchen to make dinner and he shortly came in and said he was sorry and he loved me and he gave me a real hug. A long embrace, not his usual stiff hug. We both cried more.

I know it was probably too much to put on him. I know the "super adoptive moms" just understand the "whys" of their kids reactions, non reactions, circumstances that cause them to function like they do, and they just love them through it with grace and patience and smiles and wait until all is calm and then they talk rationally about their feelings and heartaches. I am not that mom. I wish I was more so that way.

Even though I do understand why he has the walls, why he doesn't let us fully connect, I still don't react as I should. I've been to the Karen Purvis trainings, I've read the books, I just don't do what I should most of the time. I lash out, scream and get crazy because I'm so frustrated. I often times get so sad that its been 6 years of me screwing up my child that came to us with so much pain already. The guilt is sometime overwhelming because I feel like I'm doing everything wrong.

Then I think about amazing parents with grown kids in prison, who aren't "adopted kids" but kids they birthed. Parents screw up their biological kids all the time and some do everything wrong but their kids turn out great. We go into adoption believing we have to get everything right with these kids. It's a lot of pressure from the get-go. The world of parenting in general is a judge filled world, add another layer to that judgment and you will have entered the world of the hero/villain adoptive parent. 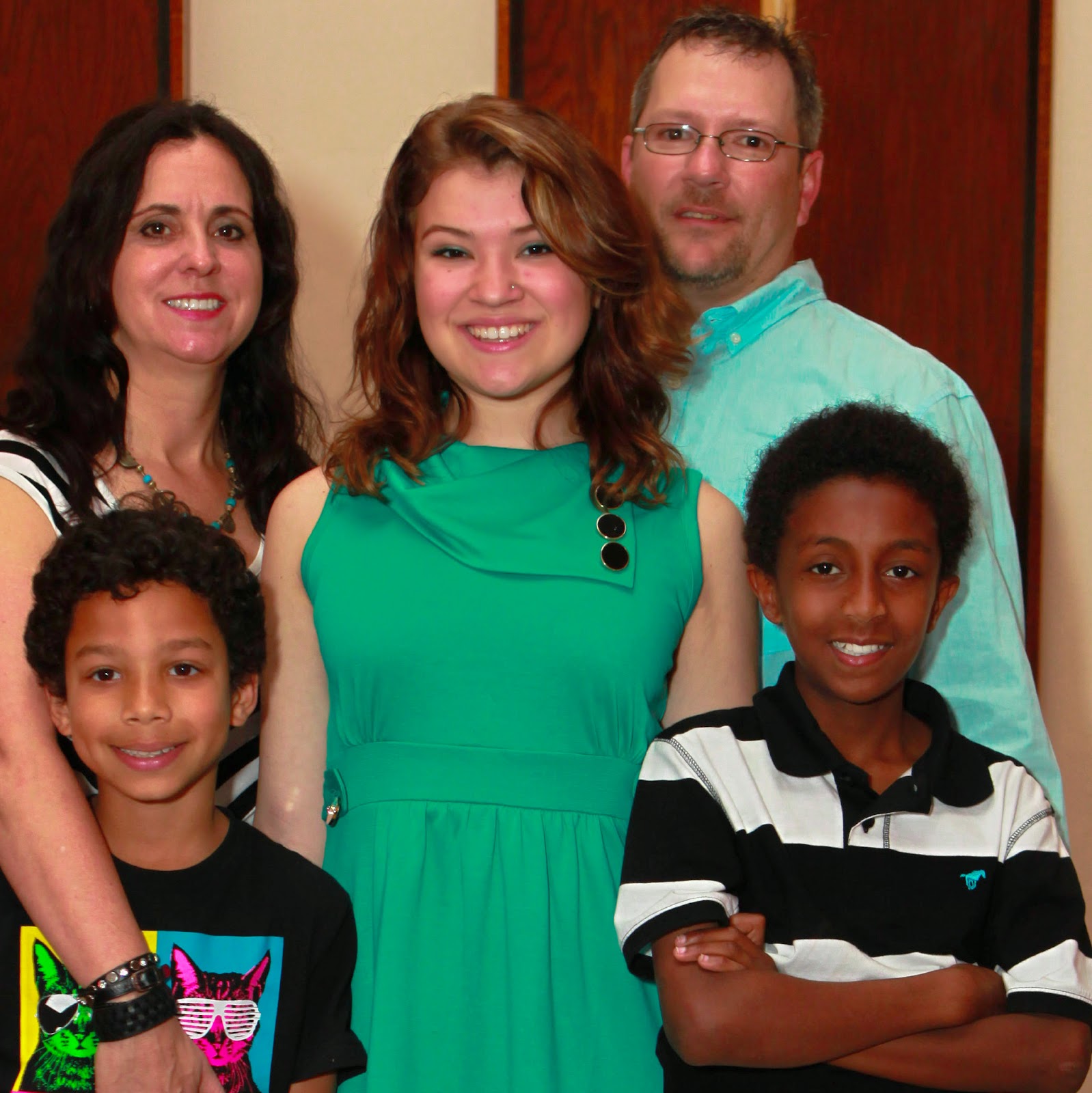 The other night we were sitting around talking about the kids when they were little. Steele was so high maintenance as a baby. We really have very few good memories of him between birth and 3 years old. He was so unhappy most of the time. We realized later that he had Sensory Issues. Most environments over stimulated him and made him agitated and crazy.  We all laugh about it now and Steele even laughs when we call him Rain Man.

I couldn't love Steele more if I had birthed him. But I remember the day we actually connected. He was about 4 months old and I was rocking him and I felt him relax. It was as if he said "OK, I get it now, she's my mom now." and when he relaxed I felt that connection form.

Because he was an infant, the work of love only took a few months. that "magic" happened sooner.

I was talking to Evangeline the other night about how I flash out more now in general. We were talking about how I wasn't like that when she was little, it started when we got Steele and got worse after getting Abel. I realized during that conversation that it wasn't because we adopted them it was because we added more children to the family and that added more stress, which I obviously don't handle well. Even if I had birthed them, I believe it would have been the same. It's not that I love them less, it's that I don't handle added responsibility, added stress well. When we just had Evangeline, it was easy, even with her diabetes, she was easy because it was only her. 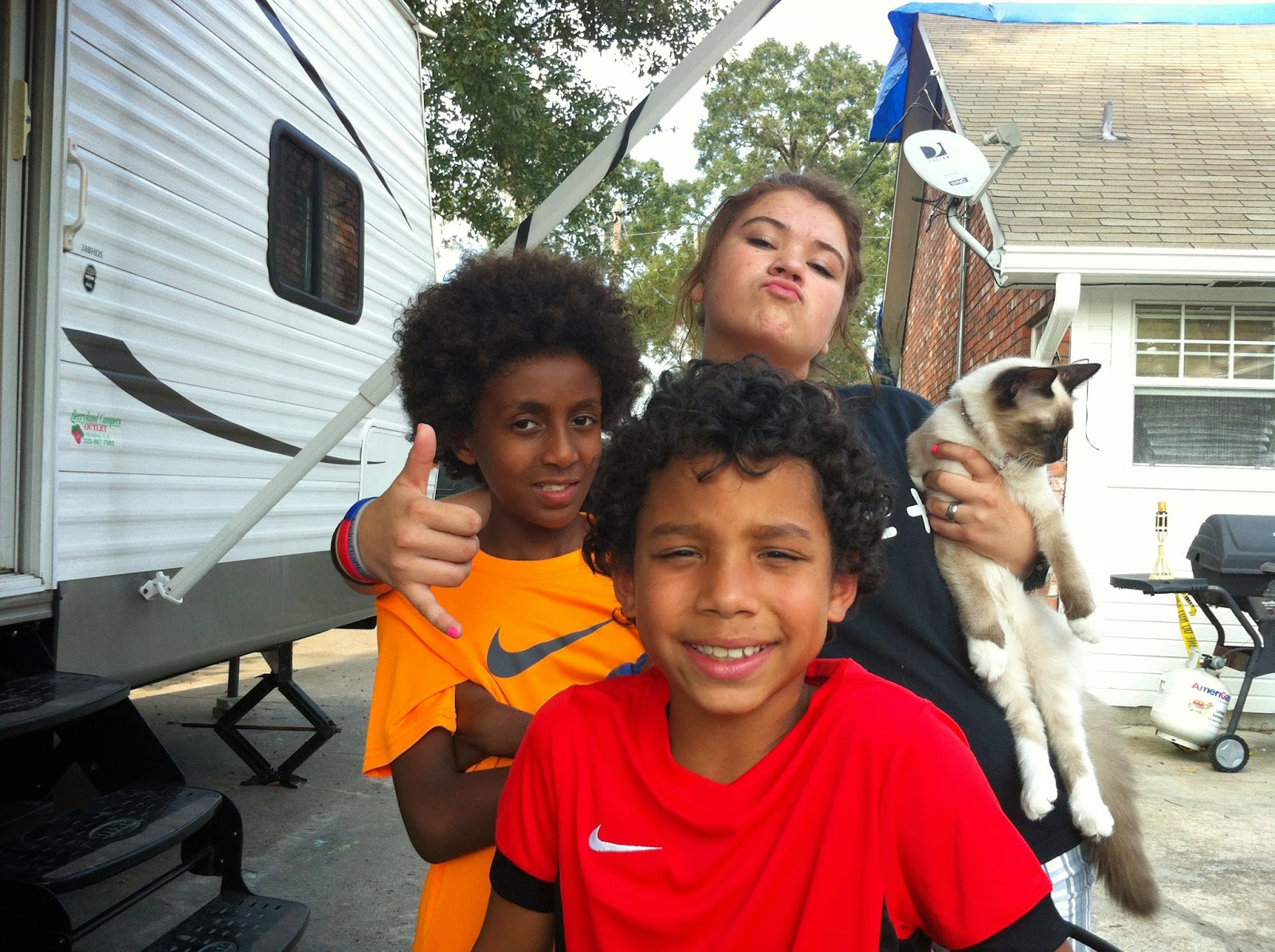 I'm glad I had that realization, now I know I have to fix how I react to stress. I have to do that for my kids, for my sanity. I want to be a good example for my children. I don't want to ever say, "oh well, I tried" but then just give up and accept that I'm a crazy bitch who has no self control. I'd rather just keep trying.

Children bring out whatever crap you need to deal with in yourself and then at the same time leave you no time to deal with it because we parents don't even have the time to be selfish so that's why God created wine. Just kidding..but seriously.

These last six years have been hard and work and failure and success, but I say this from the bottom of my heart, I wouldn't change it. I love Abel. I love that he is our son. I love being his mother. He makes me proud. His is 100% Turner. Our family would not be complete without him in it.

Some adoptive families make it look effortless. They make the magic of love and connection with adoptive children seem like it's not really work. We are not one of those families. It's work for all of us to this day. BUT I'm learning to relax more, relaxing is work for me. We are a flawed family, working to grow healthy adults who know how to give and receive love, know that we love them and worked hard for that magic, and that's pretty much it. 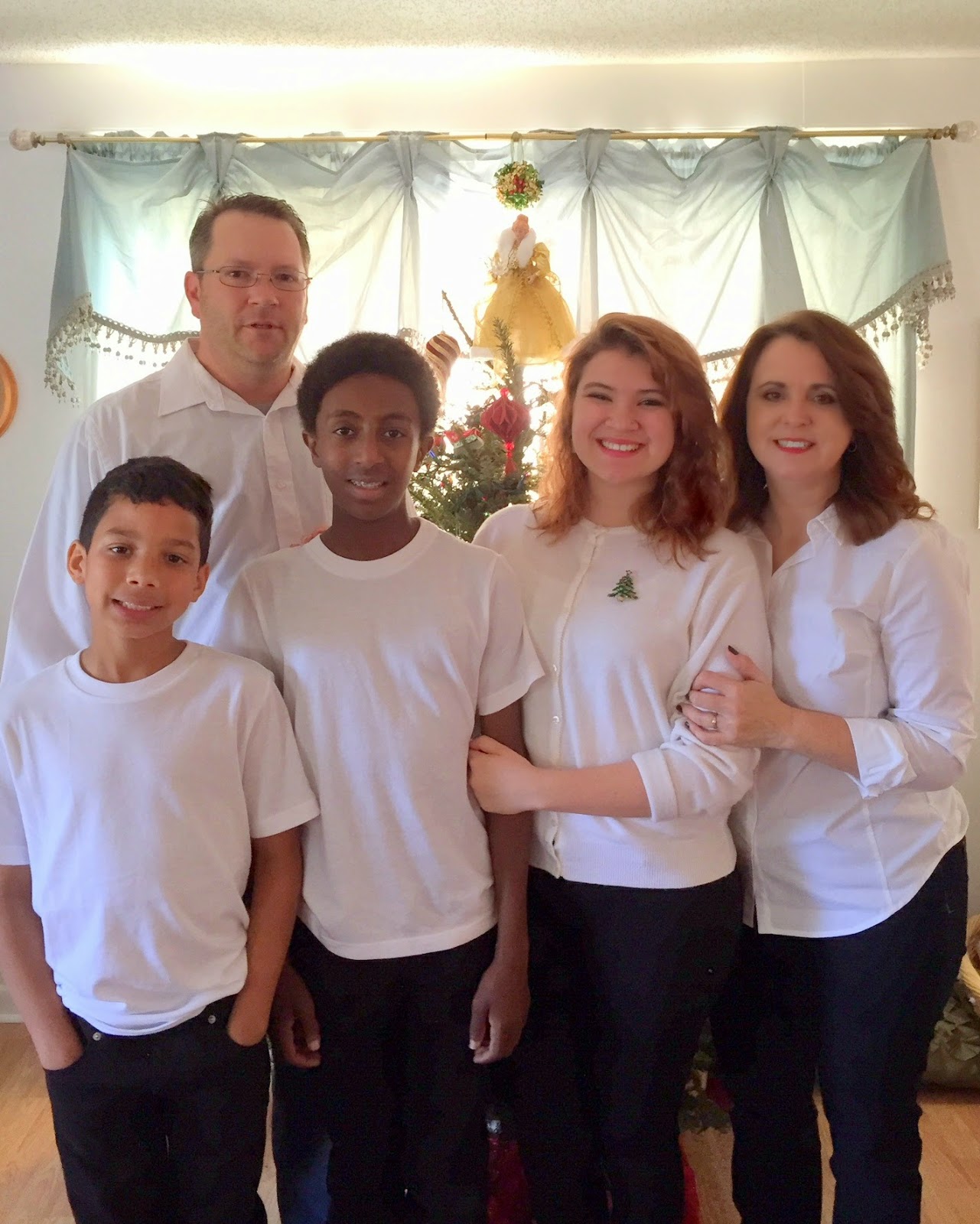