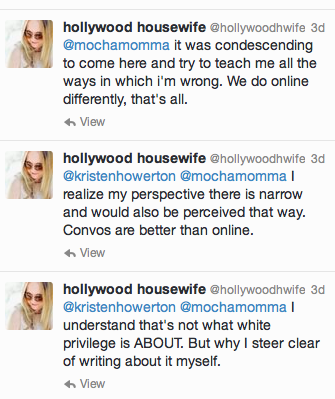 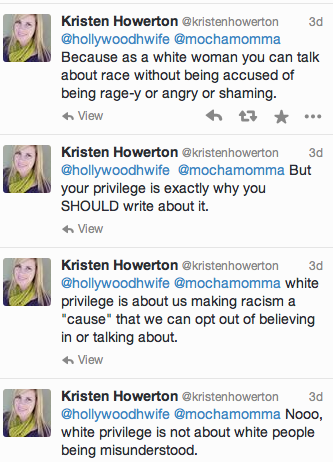 After reading the above exchange ( there's more to it, I just posted the main tweets) and another one the day before between Rachel Held Evans and Elizabeth Esther I tweeted this...

This lady did not appreciate me asking that..

And neither did she..

Then I tried to be funny with this tweet..

This lady did not appreciate my humor..

So I tweeted this a little later...

Then I realized I was being sucked into the cat fight by publicly wanting it to stop, so I took my leave..

I really enjoy this ladies blogs, she's smart, well informed, progressive, adoptive mom who I agree with most of the time. And she's kind of a big deal. Her words, opinions, thoughts, hold a lot of sway over a lot of people.

I don't claim to know her or Hollywood Housewife, I simply know their online presence and I like who they are online. (This is the blog post by Hollywood Housewife that sparked this exchange, http://www.hollywoodhousewife.com/2014/07/facebook-posts-are-the-new-bumper-stickers.html )

Before I jumped into the fray I text another blogger, a guy who is a writer friend, who is also very well known in the social media world... 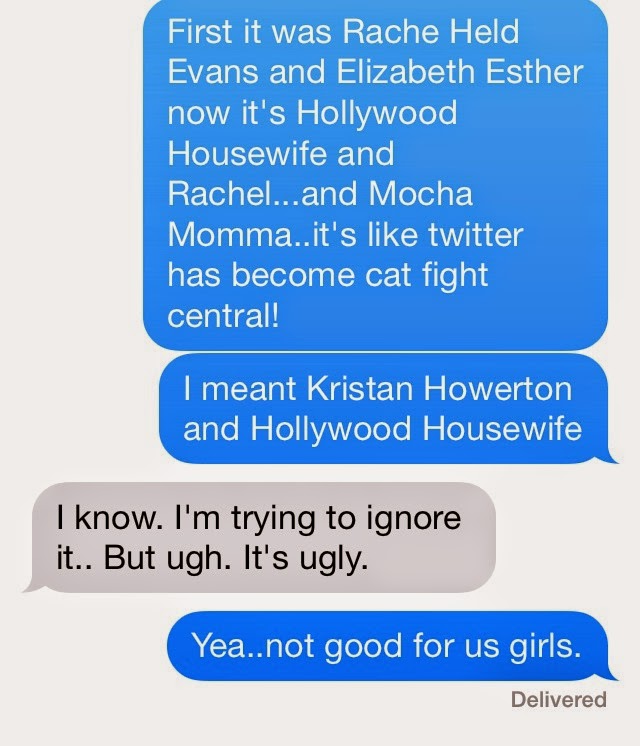 I just couldn't understand why they wouldn't work out a personal disagreement with a friend on DM or privately rather than publicly on twitter. Hollywood Housewife was made to look like someone who didn't care about race simply because she basically said she preferred to ACT more then talk about acting on issues such as race.

@Mochamomma and @Kristenhowten both were schooling her on twitter. How is that productive? How is that not a cat fight? How is that a way to treat a friend?

I feel like us lady bloggers, Christian feminist voices in social media, lose ground every time we call out a girl friend for their belief or debate issues with them on twitter. We can vocally fight for what we believe without doing that to each other.
Blogs writing