The Americhrist Humbly Request You Shut The Hell Up 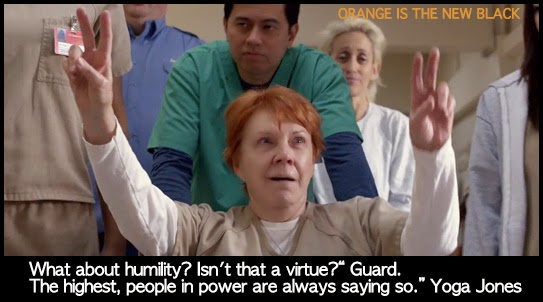 At the end of last week, Leadership Journal, a Christian publication (which I once subscribed to) published an article, that they have since taken down, by an anonymous former pastor who is now in prison serving time as a sex offender.

There was so much wrong with the article. Blogger, Elizabeth Esther put it in a nutshell;

Today I read an article that made me tremble with anger. Written by an anonymous former youth minister now serving a prison sentence, the story details his predatory grooming and eventual rape of a child in his youth group.

...He tells it as a mournful I’m-sorry-for-my-sins warning about his “RELATIONSHIP” with a young girl who “adored me” (his words). Oh, he’s very clear about taking 100% responsibility for his sins–except he never once admits that sex with a child is RAPE....

..the ONLY story that should garner attention is the VICTIM’S story.

Because predators are usually quite good with words–which is exactly HOW they groomed their prey. A predator’s weapon of choice is words. WHY would a Christian publication give him that kind of power again? WHILE HE’S IN JAIL, NO LESS!!!!

...TRUE confession and amends-making should be done PRIVATELY with the victims. TRUE repentance isn’t about page views via JUICY HEADLINES.

But I have to say, when I read the article I wasn't at all surprised that a publication geared toward Christian leaders would think nothing was wrong with the situation being framed as such. This is how it has always been presented. Leaders have learned from such "cautionary tales" for centuries. Abuse within the church has always found a way to turn the blame around onto the victim.

But that was when silence was easier to come by.

When the powerful controlled everything, including how information got out to the masses.

Before we all had social media.

Look at the history of preachers and mistresses. The scenario usually goes something like this; A powerful preacher has people paid to protect him, puff his ego, help him paint the picture of himself as the victim of the devil, his wife, pressure on the job, whatever so he can manipulate us all to feel sorry for him when he is busted for having an affair with one of his employees. Meanwhile a young girl starts as a youth in the church, becomes an intern for the pastor, then an employee and then after the affair comes to light, she's gone. poof! Discarded. She's made to sign a non disclosure agreement, paid some nice hush money and considered the evil seductress. While the pastor takes a break from preaching and shortly moves on to pastor again, touted as a hero, a leader restored.

Who are you to question them?

But in the secular business world, even if it's consensual, an affair between a boss and an employee is illegal. The employee can file a sexual harassment law suit against the person in power.

Why don't more mistresses file sexual harassment law suits against the pastors that take advantage of them and manipulate them with their authority? Why don't they hold the men accountable? These men who use their God given role as men of God to seduce an employee into a relationship? That's an honest question I have. Are churches exempt from sexual harassment laws?

I believe it's because the church has programed us all to blame anyone BUT the pastor. "God's anointed".

This article was a perfect example of how we have all been programed to see these kinds of situations and how we have been so manipulated.

I'm glad Leadership Journal took down the post. I pray the outcry that caused them to do so is a wake up call, a light shown in a dark place, where now they see how our teachings, our examples, our way of handling abuse of power and sexual abuse such as this within the church has to change. I hope the rest of the church world wakes up and realizes we are not respecting authority, we are not honoring leaders by allowing them to prey on their staff, followers and certainly not the youth they are in charge of.