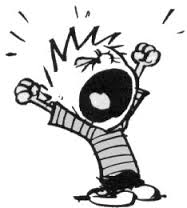 Steele was a baby,  he was walking so he was maybe one, one and a half years old at the most. We had flown from where we live in Baton Rouge La. to Orlando Fl. Steele was insane by the time we landed. He was so completely done with this whole ordeal. Evangeline and I were exhausted from trying to keep him happy on the flight. Or at least not completely miserable, making everyone near us on the flight miserable. The glazed over looks on the faces of those sitting around us on the flight showed we had failed.

But now we had landed. We were off the plane. finally. That hour and a half flight that seemed like 10 hours, with a miserable child, was over thank God.

I stopped and grabbed my stroller as we exited the plane. I was so happy to see it, ready to put Steele in it and get the heck out of dodge!

Flexing the back, arching, screaming, like I had dropped him in hot oil, was what proceeded to take place after I buckled him into the stroller. The other passengers gave me condescending glances, looked straight ahead acting as if they didn't notice the ear piercing screeching, or gave me a knowing glance. I gave Steele a toy. He threw it to the ground. I decided to just load up the basket and the top of the stroller with all of the carry on crap I had in my arms and just head on to meet my sister who was picking us up. I had to get to the car, that was it. I could just ignore the screaming right? For what, say, 10-15 more minutes max?

As we walked, Evangeline and I looked at each other, she knew I was clinching my teeth, trying. Trying to not lose it. She knew the look. She tried to calm Steele down. It wasn't working.

I was pushing the stroller, Steele was wailing, arching the back, kicking. Everyone was staring, finally I thought, "I gotta take him out. Gotta let him walk. He's going crazy. I'll just put my purse and carry on into the seat of the stroller, push it with one hand and hold his hand with the other."

When his feet touched the floor, he was happy. His face was still red and wet with tears but he stopped crying.

"Great! This is gonna work." I thought. "Just through the rest of the terminal, down the elevator, through baggage claim and out the door. We can do it now, he's happy now."

We were on the ground floor, walking through the baggage claim area, when he started to buckle. Legs up, limp, wailing again. It was that "I'm tired of walking, hold me, but don't hold me" wailing, going limp, of a one year old with sensory issues, who's been around way to many people, in a confined space for way to long.

I couldn't think. I was exhausted. But I tried to think.

"Ok, I can't hold him and push the stroller. E has her hands full, she's 9, tired of screaming baby brother, wanting to distance herself from my "God face" as she called it when I got mad and quiet, and from Steele, who was drawing so much unwanted attention and she is now far ahead of me now, after seeing Donna way down the corridor, she's headed toward her.

I decided to let Steele have his fit. Let go of his hand, let him lay on the ground and walk a few steps ahead as he lay on the floor kicking. It was quite a spectacle.

I walked back and picked him up, "Stop it right now! Do you hear me? Stop it!" I said quietly in his ear as I gave his diapered butt one firm swat. He bucked. Flailed his arms and wailed louder. I walked as far as I could holding him and pushing the stroller as he continued to throw his fit in my arms.

I saw my sister in the distance.

Evangeline continued her stride toward her, well ahead of us, away from us.

Finally I let Steele down again, hoping I could just hold his hand and he would walk beside me like a good boy.

He lifted his legs, went limp, I let go of his hand and he proceeded to lay prostate, crying, throwing a fit, on the carpeted floor of the Orlando airport baggage claim as hundreds of people walked around him.

I walked ahead a few paces, hoping, for some crazy reason, that he would be like, "oh wait, my mom is leaving, let me catch up with her instead of acting like a crazed insane child in front of all of these people." but no, he laid there, kicking screaming, throwing his fit.

As I turned to go pick him up again, a lady, a stranger, walked over to him and as she was picking my child up she said, "you want me to pick him up?"

"Uh, no!" I replied as he reached out for me from her arms and I grabbed him.

"I work for social services and I saw you strike your child" She said as she leaned in much to close to my face.

"What? I gave him a swat on the butt lady!" I replied still in shock that this lady would dare to pick up my child.

"I saw you abusing your child. I'm going to have to write a report about this."

"Wait a minute, you're a social worker here in Florida? Where they just gave a 4 year old child back to documented abusers, and she died from them beating her to death, and you think THIS is abuse? Well get to writing lady!" I said with my eyebrows lifted, shoulders back and both legs planted firmly on the ground, all the while holding a still miserable overly stimulated 1 1/2 year old.

She done messed with the wrong momma!!

"You just need to take a step back and calm down." she continued to condescend to me.

"NO YOU NEED TO BACK OFF!" I replied, as I firmly placed my finger in her face.

I was done with this!

I turned in the direction I was headed, to my sister. As I did so, I saw my sister headed my way, shoulders rolled back in kick A$$ form, (redneck women will understand) teeth clenched, moving my way with a determined walk, with that look of, "My sister had her finger in someones face, this is now my fight too. It's ON!"

She relaxed as she saw the lady crawl away down baggage claim with her male partner and me walking away from that and toward her once again.

I was shaking as I told her what happened.

She replied to my telling of the story with, "At first, when I saw you talking to someone, I thought you had run into someone you knew, then I saw you put your finger in her face and I was like, 'oh no, it's a fight' so I was coming to help."

"Thanks" I said, "She's lucky I only put my finger in her face. I wanted to punch her. I think she got the message."

My Steele when he was a baby, throwing a fit and Aunt Donna handling the situation...