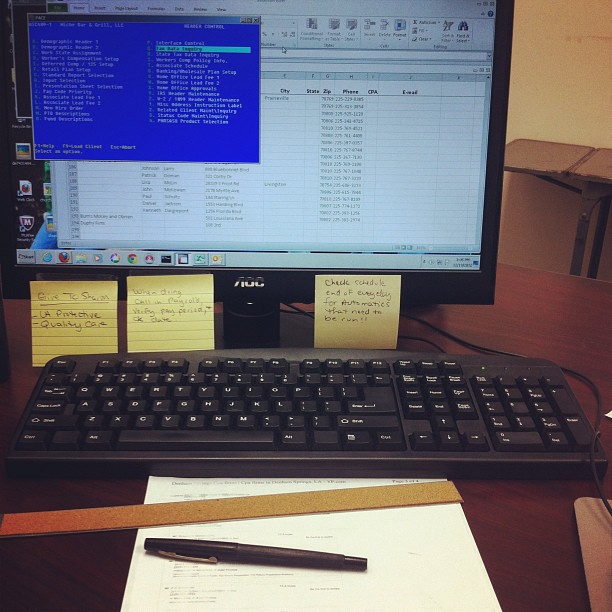 This year started off great in the work area of life. I was still cleaning Dee's house as I had been for 15 years and I was a year into working as an extra in films, a job that I loved.  Starting with the movie Contraband in January 2012, I finally was seeing myself in some of the films, like 21 Jump Street, Abraham Lincoln Vampire Hunter, Pitch Perfect, The Campaign, Thunderstruck, the HBO series, Treme and A&E's Breakout Kings. I enjoyed so much glancing my face, Dean's face, my vehicle or my kids in these movies/TV shows. And throughout the spring and summer I was busy working on Beautiful Creatures, Aztec Warriors, The Butler, Empire State, Oblivion, Parker, Now You See Me and more. I was LOVING my job!

But, unfortunately, the pay for being an extra is not that great and it's not at all consistent enough, and even if it were, most of it is in New Orleans so the cost of gas just took a huge chunk out of the already low pay.

So, by the end of the summer, I had to find a REAL job, like 5 days a week kinda job. I tried to find a job in the creative realm but no luck. In September I went to work at Advantage Payroll.

If you know me, you know that I hate math. I hate numbers. I hate boredom. But that is what this job is. All of that. let me paint you a picture. I have my own office, there are 5 other people working here, all have their own office. There are two sections of the offices, I'm in a section with two other people. They are quiet, cranky, and obviously they have been working with boredom and numbers for way to long. We sit, separated by walls, not speaking, everyone quiet in their offices. I dare to play music softly and the lady I work with freaks out and insists that she must run the fan on the AC in order to drowned out my music. It's also musty and an old building so I burned some candles to make it smell better but that caused her to open the back door in 40 degree weather AND turn on the AC fan because she just couldn't stand the smell of the candle. It's all pretty miserable.

I was having myself a pity party the other day about this job when I heard inside my head "Yea, well you pissed away so much free time before you had this job. You could've had your book done by now but no, you found a million excuses to not work on it. It's easy to dream, it's not easy to see the dream out to actuality. You don't like the hard part. Stop feeling sorry for yourself, you have a job now that pays steady, you actually have time to write at work if you wanted to, get over it, make the best of the situation, finish your book and stop your whining."

SO that's why 2012 was a "What The?!" kinda year as far as work goes.
extra movies My issues New Year