August 06, 2012
I can live with my nails being short and without polish. I've done several movies lately where I couldn't wear nail polish and some my nails had to be short because they are set in the 1800's. It has not been easy for me. I look with longing on my shelf of Navy blue, Baby Blue, Black, Purple, nail polish, and I start twitching like a crack head. But then days go by and I realize I don't hate the way my hands look. I don't love it, but I don't hate it either and like hair, nails grow and can always be colored.

Just because you have an American Flag bikini doesn't mean you should wear it.  I've lost over 10lbs since last summer. I still weigh more then a super model by about 40lbs. My butt is still wide and flat, my leg and arms are flabby and I'm 45 years old in three days. but I was in Florida, on the beach, and I had an American Flag bikini so I wore it. Then I saw pictures and I suddenly remembered what Evangeline had said "Don't wear that bathing suite mom." Why didn't I just listen? 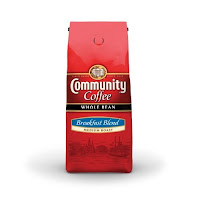 At my age, liking boy bands will get you called a Cougar. I should have expected it, my daughter introduced me to a local band On The Way to Infinity, that at first, I thought I would hate actually because they do that crazy screaming stuff on some of their songs, but I took Evangeline to one of their shows and they really are good. (Go see them tomorrow night at HTGT Thrift 10240 Burbank, Baton Rouge) A couple of them are also huge Lord of the Rings fans and sweet boys who say stuff to me like "I've never talked to anyone who knew everything about Lord of the Rings before." I'm more of a cool-mom type fan and supporter of theirs, not a Cougar. The only time I'm a Cougar is with Dean, who is 5 years younger then I am. Meow.

Local Honey. It's good for your allergies and it also gets the pipes flowing if you know what I mean :-) I use it in my coffee, no creamer or anything else. It's perfect with Community Breakfast Blend whole beans, which I also recently discovered is the new "Between Roast". At least that's what Dean told me. He said Community did away with the Between Roast and started calling it Breakfast Blend which already existed but was the same as Between Roast. Complicated maybe, but still great with Honey. Try it.