Pawn Shop Chronicles is a movie that was just filmed here in Baton Rouge. It stars Brendon Frazier, Matt Dillon and Elijah Wood. 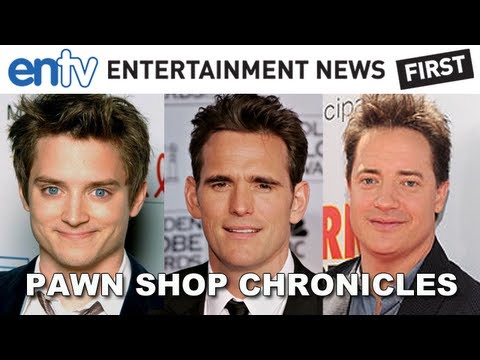 I was sitting at my kitchen counter reading the news on my computer when I saw that it was going to be filmed here, and I screamed so loud that Evangeline ran into the room..

"What?!" She said frantically. 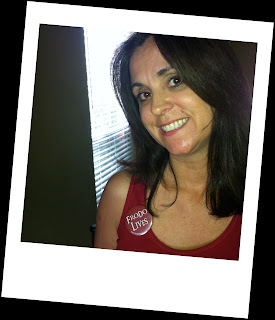 "Mom, seriously? I thought someone had died or something!" she said.


I just couldn't believe that Elijah Wood, AKA Frodo Baggins, was here! AND AND Matt Dillon was also in the movie and he was my teen heart throb, I had 140 pictures of him on my walls back in the day!

I had to work on this movie. That was all there was to it.

As the biggest Middle Earth fan I know, I just couldn't believe that he was here, in my town, making a movie and me, a movie extra by trade, could possibly work with him on that movie.

What a marvelous coincidence!

It was a miracle made in geek-fandom-movie-heaven. 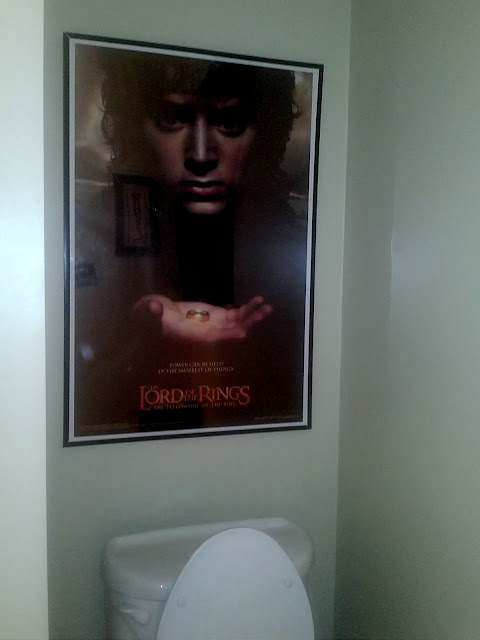 I immediately text this picture to my friend who's company was casting for this film and I said "Please get me on Pawn Shop Chronicles, look who is framed above my toilet!"

Next thing I know, he had booked Dean and I to work on the movie!

I could hardly contain my excitement. I wondered if I would risk it all and approach Elijah and say "I have a Lord of the Rings Tattoo" or do the forbidden and ask him to take a picture with me (as an Extra, they always tell you NOT TO EVER do that while working on a movie)

Then came the day we were scheduled to work, Dean and I arrive on set, I have my head on a swivel, eyes wide open like Emit Smith running the ball, where's Frodo?

But to my great disappointment, Elijah wasn't working that day, it was Brendan Frazier, who was a very cool guy, he brought all the extra's water and talked to everyone, but he's not Frodo, so I was sad.

I begged my friend again to get me on that movie one more time, and he did. This time it was a scene with Matt Dillon, which was a big deal to me because when I was a teenager I loved him. So doing that scene with him was very cool. I was two feet away from him and it was only me and 3 other extras so, that was a great experience.

But it wasn't Frodo.

Then came the day when I got a call to work on a scene that I KNEW Elijah was in. I knew it because I had had a conversation with the stunt guy and the screenplay writer one day on set and they were talking about this scene so I knew that Elijah was a huge part of it.

I worked 12 hours over night on this scene and you guessed it, no Elijah Wood! He was a part of the scene but his part wasn't filming until the third night of shooting this scene. I was scheduled to work that night but my ankles swelled up and I couldn't so again, I didn't get to see Elijah.

I worked on Pawn Shop Chronicles as an extra three separate times and never saw Frodo!

What makes this sad story even sadder is that two people I know from church saw him out around town. 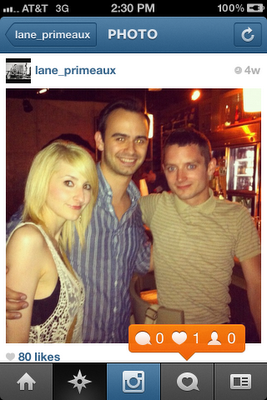 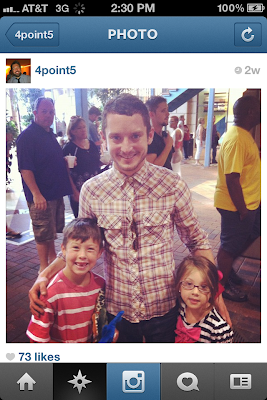 Look at that! Those are Instagram pics from people I know posing with Elijah at Tsunami's restaurant and outside of Perkin's Rowe movie theater!

I work on the movie he's here filming THREE TIMES and never see him once! Frodo is in my town and people who don't even have a LOTR tattoo or even Frodo action figures see him and I don't!!

I'm blaming the devil! It has to be an evil beyond all evil that would cause such irony to take place in my life!

I immediately text my casting director friend and begged him to take me as his date to the wrap party, (he's gay, Dean was cool with it) he didn't answer immediately but finally he said he wasn't going to the party.

That's when I knew what I had to do.


"You wanna go with me to sit in the parking lot outside of the wrap party to wait on him to show up?"

Desperate times call for desperate measures. I had this one last chance to maybe get a pic with Frodo or get him to sign my LOTR journal before he left town, perhaps never to return.

Evangeline and her friend Hannah Scott came with me (she was a great stalker).

I'll let the videos below tell the rest of the story....