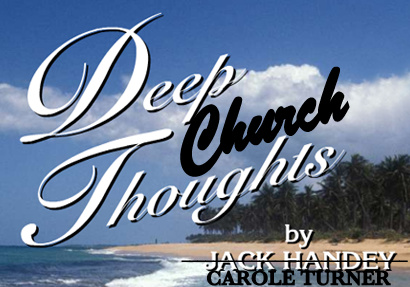 Some go to the bars and spend hours away from their families drinking. Some come home from work, grab a beer and plop down in a lazy boy, content to drink and watch TV while family life goes on around them. They are present but absent.

Drunkards are not always alcoholics. Some people just don't know how to have a couple drinks, they become public displays of drunkenness whenever they do drink, they are drunkards.

The bible says that drunkenness leads to debauchery. Which in modern terms means that when you get drunk you make bad decisions, like sexual decisions that aren't smart. That's debauchery.

Being a drunkard is a sin according to the bible. It's a sin of excess and lack of self control.

I've heard people say that even a person who has a glass of wine a night or something like that is in sin if they depend on that drink to calm them or help them sleep.

That's not true though.

Drunkards are not welcome at most churches. If an obviously drunk man walked into a church and started the loud close talking that drunks do, more then likely someone would walk up to him and say "Sir are you drunk?' to which he would reply, "Oh my drunk I'm not God!" very loudly and very close to your face. That's why he would be removed from most churches.

Some of them eat at Golden Corral surrounded by their family, all of the family are over weight also and dressed in their Sunday best after coming from church. Some Gluttons go thru the drive through at Wendy's and order two or three meals and sit in their cars and eat. Some belly up to an all you can eat good time at Texas De Brazil, finding complete and utter joy in every bite.

Overweight people are not always Gluttons. Some people just don't know how to eat right or they were raised eating too much and the wrong things.

Being a glutton is a sin according to the bible. It's a sin of excess and lack of self control.

I never hear anyone say anything about gluttony at church, like in a sermon. I have no recollection of every hearing a sermon on gluttony.

Gluttons are always welcomed at churches. If an obvious glutton walked into a church eating a huge turkey leg and started making small talk about food, more then likely someone would say to him, "No time to finish your dinner before coming?" to which he would reply, "I love food." as he wiped the grease from his face. He would have to finish his Turkey leg probably before going in and sitting in a pew, but he wouldn't be removed from any church I dare say.

Of course, not all housewives who take uppers or downers or whatever, are to be considered "pill popping housewives" some of them really do need the meds.

But depending on a pill to keep you up, help you sleep, do all your housework, stay skinny, may be a sin if your addicted, I would think but I don't know of any scripture that condemns prescription drug abuse.

I've never heard anyone say anything about pill popping housewives from a pulpit, mostly because it's a secret kinda thing women can do and it's not like drinking or smoking pot, right? I mean, so what you need a controlled substance to sleep, do housework, stay skinny, at least it's legal and acceptable in the church.

Pill popping housewives are always accepted at churches, heck, they get the most done at church! If a mom walked into church with 6 kids in tow and said, "I had to take a Zannie this morning!" No one would say anything to that mom. They would understand.

Anonymous said…
oh CT, you better dive for cover, you may get blasted for that post, but I say, well said. I believe the truth is not easy and mercy is very messy, and we need both so very much. love you, anne
6/28/2012

Anonymous said…
Christianity is often defined by social parameters rather than scripture. It takes a determined, open-minded person to transcend this mindset for sure.
6/28/2012