Boys in the Hood: Little James

April 22, 2012
James just turned 6. He lives down the road from the Dream Center with his mom. James has been coming to the Dream Center for a couple years now. He's a sweet kid, very outgoing, a little mischievous, and very smart. 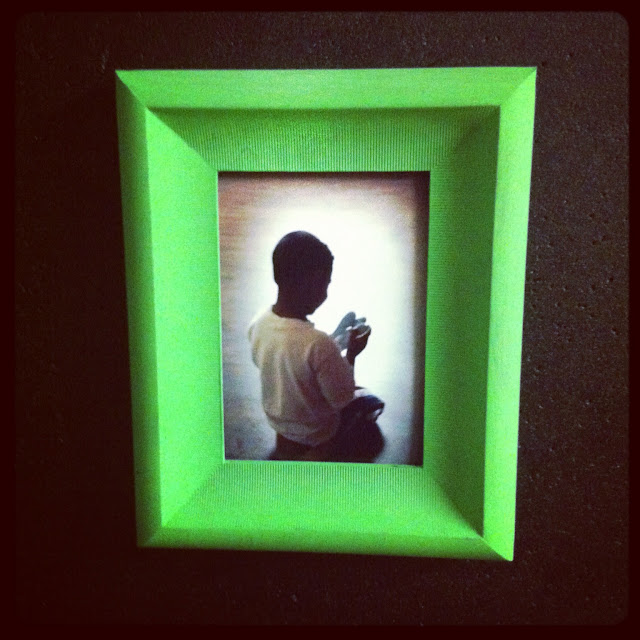 On the day that this picture was taken, none of the normal volunteers and employees were at the facility, we were all a couple miles away at a block party, but the side entrance of the youth building was open because there were new floors being laid in a new nursery area.

An anonymous donor had given a large donation to the Dream Center, which made renovating the new nursery space possible.

Three men from the HPC Spanish Campus were busy laying the floors. They didn't speak much English.

I'm pretty sure that they though James just belonged there because he sat watching them, trying to talk to them, saying "what's that? Can I use this bathroom?Are those your toys? Can I play with them?" and so on, because James likes to talk and he will talk to anyone and James just makes himself at home at the DC.

When I drove up that day to get a few things that we needed for the block party,  James was outside playing with the saw that the men were using to cut the wood floors they were laying. Yes, James was playing with a Saw. "James, don't touch that! It will cut you. You can't play with that. You need to go home baby, men are working here." I told him. He listened, didn't miss a beat, just started walking down the street to his house.

When I came back from the block party a couple hours later, Kim, who runs the Sunday services at the DC was there, her and a few other people had just arrived, we were all wanting to see how the floor laying was going.

As we walked from room to room admiring the new floors, we were so excited that almost all of the rooms were done.

As we entered the fourth room, there was James, all alone, sitting in the middle of the floor, playing blissfully with a ceramic Angel that had been given to him by Brandi, one of the DC interns. The angel had a broken wing. James never looked up, he just continued to play with the Angel.

When I saw it it took my breath away.

I could see that even before we had gotten there and entered the room, James was not alone.

And James was completely comfortable and at home playing on the new floors with his Angel.

I could go on and on about the significance of this picture but, as the phrase goes, the picture itself is worth a thousand words.

Terry Franks, who's over outreach, printed it and gave it to me to hang on one of the boards at the Dream Center. Today I instagrammed it and I wrote, ".. James personifies what it's all about".

Because he does.
Boys in the Hood Dream Center The Church