The Others are Really Loud 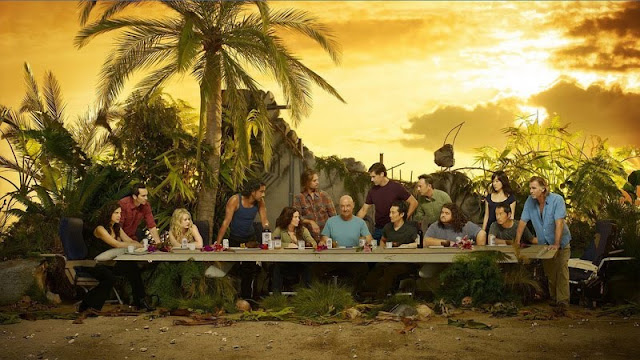 I worked all night last night on the movie, Now You See Me.  We filmed a Mardi-Gras scene in New Orleans. I got home at 6am.

As with all movie shoots, there was a lot of down time, a lot of waiting around. As I stood in the street waiting,  I was praying. I asked God again, like I have been for days, what was the right thing to do. He didn't answer.

I am at a fork in the road. I find myself with two paths before me, and I have no idea which one is the right path.

For days, I have been thinking about little else. Which to choose? I have asked God over and over to tell me which is the path he wants for me but I honestly can say, I hear nothing from Him.

I only hear the voices of The Others.

My situation reminds me of the tension between the Survivors and The Others from the T.V. show, LOST.

In case you are one of the two people on the earth that isn't familiar with LOST, "The Others" were this mysterious group of people that seemed really bad at the beginning, they liked to kill and kidnap people.

But then as the series progressed, we saw that many of them were actually good, they thought the Survivors were bad. But some of The Others were really evil, some not so evil, some a little of both.

But one thing for sure was that every time there was these whispering voices in the jungle, the Survivors always said it was "The Others".

The Survivors would wonder why were they whispering?
What were the whispers saying?
Should they listen to the voices?
Why were they always whispering right before the black smoke came to kill people?

The whispering voices of The Others and the things the others did and said when they encountered them, made it hard to know what was the right thing to do.

With every encounter things got more and more confusing.

I've realized that the voice of The Others is really loud in my mind. I have got to tune them out and hear from God.

Neither path before me appears "bad", they both are "good" paths when looking at just the path itself, both would be commended by half of The Others, but only one path is right.

And the truth is, I care too much about wanting to make The Others happy, not wanting to disappoint them.

And that's not something that's easy to admit.

I should care more about knowing for sure what God wants and hearing His voice.

But sometime, like now, I can't hear Him, I can only hear The Others.

Pray that I will recognize His voice and listen to what it tells me to do.