Evangeline was an only child until she was eight years old when we adopted Steele. So for several years she had an imaginary friend named Kayla.We had to set a place for Kayla at dinner and even at restaurants E would say "Where's Kayla going to sit?"

One day a little boy from down the street came over to play with E. I asked him if he had any brothers and sisters, He replied "I have a sister named Kayla" and E said very excitedly to him "My imaginary friends name is Kayla!" at which the little boy just smiled and said "cool". 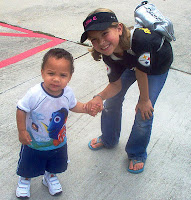 What triggered it was Steele's complete obsession with the Elf on the Shelf. He's been begging for one and we finally got it. And the Elf has magically moved around to many places in our house. Now even skeptical Abel is into it.

Elves that talk to Santa. Narnia, imaginary friends they all bring out the most beautiful part of who we are when we are children- that ability to play make believe and believe it. The birthing of creativity, reality, faith, all start there.

But what also made me think of Kayla was a conversation that I had with E in the van, on of those "teen-age" girl conversation where I try to stop myself from saying stuff like "boys are evil!! They only think with their penises. I'd like to tell you that it changes as they get older and more mature but it doesn't! They can't aim it at a huge toilet of water and they can't keep from thinking with it either." But I really shouldn't say things like that because I'm married to a boy. I love him. He is good. and I have two sons, they are boys and I love them. So, I know they are not evil. I just..ugh, I just wish that while boys are finding themselves they would avoid my baby girl. 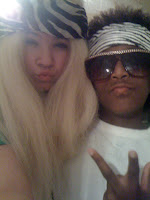 But then I know she is also finding herself too and I want her to know who she is, what she believes, in the world. I've always believed that the real world changers are those that don't live in a bubble but those that see many angles of the same picture. That's why I never wanted her to go to a Christian high school, or to only live in "church world" because that warps kids and makes them think they are somehow superior to others and unable to truly relate to the world around them. 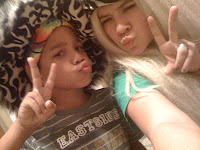 But, navigating these waters of teenage-girl-in-high-school makes me miss the days of imaginary friends. Sometime when she's sleeping I go in and put my cheek against hers and she's that little girl again. And I see that little girl still daily, popping out from that teenage angst and hormonal hurricane with a broad laughing smile, innocent joy and mirth. 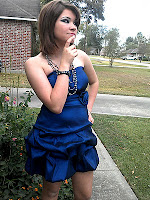 I want her to keep that. THAT is what I don't want the world to take from her.

I believe that God gives us those days of innocence so we never forget pure unadulterated joy. So we remember what it felt like to not have a care in the world. I think it's a glimpse of Him. So that when pain, heartbreak, confusion, sadness, anger, fear, insecurity, all try to dominate, we have that still inside us. He plants it there so we remember there is more to life and this too shall pass.