August 04, 2011
After I reviewed the movie Cowboys and Aliens, I read a rather lengthy review of it that went into the implications of colonization inferred in the movie and the stereo typical type casting, I was like "What the..?"

The review was WAY too deep and analytical for a movie about Cowboys and Aliens if you ask me.

I also had a little discussion in the comment section of my blog post with Ben Arment, who spoke of his love for Super 8 film making and how he didn't like the digital overkill that is prevalent in many of today's movies.

I started to feel really self conscious.

Maybe I had no right reviewing movies on my blog.

Maybe I'm just too simple in my movie watching to dare to pen thought out opinions.

I mean, if I don't even know what "super 8 film making" is and I didn't watch a movie about Cowboys and Aliens through the filter of the implications of colonization, and I wasn't offended by stereo types either, then how dare I give an opinion?

But I decided, I just had to be me, I had to be free to like what I like, even if others think it's crap.

For me, I simply was glad that I went to a movie and I wasn't bored, or didn't feel like I wasted my money or time and I didn't feel manipulated. I was entertained. Which, with movies now-a-days, is rare if you ask me.

I actually over think a lot of things, so I can't claim across the board simplicity but with art, like music and movies, I guess I just have simple standards.

Heck, I loved NSYNC, still love Kidd Rock and Three Doors Down and I like some Nickle Back songs, which, in certain circles, completely disqualifies me from giving a deep critical opinion of any music.

I don't over think movies. That's probably why I don't get offended often or feel like there's a risk of becoming a Witch after watching a Harry Potter movie.

Here are my basic movie standards and a few movies that meet those standards;

Don't manipulate me emotionally.
Some movies play like a two hour Hallmark card commercial, I hate that.

But you can make me cry,
Precious, Dead Poets Society, The Outsiders. 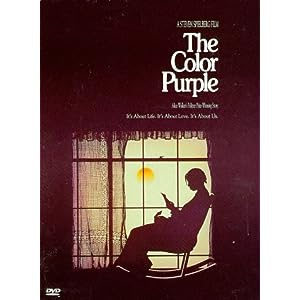 or sometime you can make me heave crying like someone has died,
The Color Purple.

Mess me up by taking me on a deep look into the past and present evils in the world,
Blood Diamond, Precious, Schindler's List, Saving Private Ryan.

Comedies are my favorite.

I like movies that make me marvel at the visual effects,
Jurassic Park, Avatar.

Ones that make me marvel at the Cinematography like I'm truly watching art, while telling me an amazing story that I don't stop thinking about after the movie ends,
Book of Eli, Moulin Rouge, Traffic.

Tell me a crazy good story, with funny dialogue that makes me think,
Juno, Fargo, Jerry McGuire, Oh Brother Where Art Thou?

Entertain the crap out of me with action, without giving me a heart attack, all while making me laugh,
Cowboys and Aliens, Iron Man 1&2, The Other Guys. 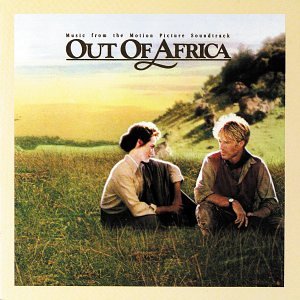 Take a beloved book and bring it to life on the big screen,
Lord of the Rings, Narnia, To Kill a Mockingbird.

Make my heart melt with a beautiful love story,
The Notebook, Out of Africa, Gone with the Wind, Titanic.

Make me smile, laugh, and get that warm fuzzy feeling with a romantic tale,
Enchanted, Beauty and the Beast, Pretty Woman, How to Marry a Millionaire.

Make me feel the drama, the intensity of deep characters who over come something,
The Fighter, The Blind Side.

Give me dark characters and help me know them and feel for them,
The God Father 1 & 2,  True Grit, A History of Violence.

Scare the crap out of me without slasher stupidity,
Silence of the Lambs.

I enjoy movies even more now that I have started being an extra in them. The process of movie making is creative artistic and very different then what I thought before I started doing them.

I really don't have time to over think movies, I'm too busy enjoying the ones I enjoy. and while enjoying them I'm thinking "how cool would it have been to be an extra in the scene" or I'm looking over to whomever I'm sitting by in the theater and saying 'look at all those extras!"

I'll leave the deep analytical reviews to others, I just like what I like. It's that simple.