Musings of a Movie Extra 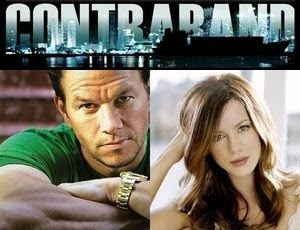 Earlier today I was reading my post about that magical day back in January, when I first stepped foot on a movie set.

It was my very first time being an Extra.

It was a great day.

The people were so nice.

The food was great.

Oh and did I mention that I talked to AND HAD A SCENE WITH Mark Wahlberg?

I think about that day a lot now that I have done a few more gigs as an Extra.

Some days I take a moment to contemplate the idea that the scene that I filmed with Mark could very possibly be cut and never make it to the big screen.

I am just telling you all now, if that happens and you are with me at the very first showing of Contraband, I will be crying.

I'm patiently waiting for March 2012 (that is when Contraband is scheduled to be released) to arrive so I can see this movie that me, Dean, Evangeline and Steele, my friends Esther and Nathan, and my friend Meghan, all were extras in. I will be so happy for them if I see them on the big screen, but if I ain't in it. I'm still gonna cry.

But really, no matter what, that day was a life changing day.

I got bit by the bug.

And I realized that a bad day on a movie set is still better then a good day sitting in an office.

It's being a part of a creative process.

THAT is what I love.

It matters very little that every time I am an extra on a set,  I may just be a blur in the background in the scene, or I may not be really scene at all. I still got to be a part of a movie or TV show.

I still got to be a part of that creative magic.

Sure, I want a speaking part, I ain't gonna lie, I would love it but I still love what I get to do now.

Since that day back in January I've done the HBO series Treme three times, my kids have done it once and Dean has done it once.

The series starts back this Monday.

We don't have cable so I will try to catch it online.

I'm not sure what episode we are in but Esther is in one of the first ones so I'm gonna try to watch all of them.

How freaky it will be to see Esther on TV?

It's gonna be super freaky if I actually see myself, Dean or my kids!!

Just gonna warn you all now, I will be a twittering fool if that happens.

Every time I go onto a set there is always that veteran Extra, telling all the new-bees his or her glory stories. "yea, one time I had a speaking role with Julia Roberts, I'm still getting royalty checks from that scene...".

The veteran's talk a lot and make sure everyone knows how comfortable they are on set. They have years of experience and lots of stories.

I'm trying not to become that but my career as an extra is still very young, I bet I could get real obnoxious..kinda like this blog post is...I wont say ever say never :-) Yesterday I went for a fitting for the movie Abraham Lincoln Vampire Hunter.

I will be playing a Sawmill worker.

They put me in a petty coat, a bonnet and a long dingy dress, no make up, hair all pulled up into the bonnet and my chest squished into this undergarment thing that I'm guessing was originally intended to make women even more miserable while working then they already were being covered from neck to toe in a heavy dress.

I wont be posting any pictures, but not because I'm vain but because they are really strict about that on this movie.

I film for three days next week. I hope it's fun.

I keep wondering if we are gonna get bit by vampires or what?

I heard the book was good, maybe I'll read it but I think it's kinda like a horror movie, which I hate.

I think they would tell us if we get bit.

But no matter what, I don't think it will top my experience on the set of Contraband.

It was my first movie love.

I kinda knew after meeting Mark Wahlberg and him talking to me, that it was all down hill from there.

What can top that?

Maybe if I was an extra on The Hobbit, yea, that would top it. But The Hobbit is being filmed in New Zealand, so...

Maybe I should get a Contraband tattoo?