The Daily Show with Jon Stewart. Best political show on TV (but I watch it on my computer). Jim Wallis and his group,  Sojourners. They are the lefts version of Glenn Beck but nicer about it.

Instagram..lots of tree or sky pictures, everyone is doing it, way cool.

Blogs I click on DAILY; Ben Arment's, Jesus Needs New PR, also as usual, Carlos Whittaker's is still amazing, and Karen's but a new one I discovered this year, that you may enjoy is Jamie, the Very Worst Missionary.

Closing your high traffic blog, refusing to even be called a blogger anymore. Blogs are so 2009, please!

Family or friend feuds on Facebook. Seriously, that aint right, take it outside.

JesusJunking Twitter. Yes, we all know your a Christian, Jesus died for your sins, it's ok to say you love football without including your salvation disclaimer.

I dig Sarah Palin's Alaska! My mom lived in Alaska for a couple years as a child so I am fascinated by it. I've only seen a few brief segments of this show but it's interesting. And Sarah is very likable in her element. 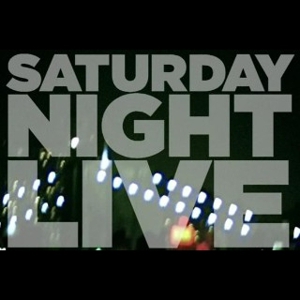 TV sinking deeper and deeper into the sewer that is reality TV. Just hearing about Jersey Shores makes me really happy that we don't have cable. I remember when the movie, The Truman Show, came out, it was so far fetched, yea, not anymore.


Any and all music by Kesha.

Dream Centers in LA, New York, Birmingham, Conway Arkansas, Baton Rouge, New Orleans. I love them and what they do!

Atlanta pastor, Shaun King's twitter crusade, TwitChange,  to help Haiti recover housing after the Earthquake devastation.  He was constant, relentless, sometime Annoying, but he rallied everyday folk, celebrities and churches to step up and make a real difference in the lives of the Haitian people. That's beyond Hip!

Worship that sounds very acoustic, earthy, and heavy..sung while wearing TOMS and skinny jeans of course.

Churches taking desperation to a whole new level of stanky. Ed Young really displays this great HERE. It's like you would just rather them say "hey look, we are in way over our head, my million dollar house is sucking all your tithe up so we cant afford this church building, you gotta help us or we gonna have to pull a Francis Chan on you...or an Oral Roberts." (YEA! Francis Chan!!)

The over used terms and words in my Churchianty: (these terms are way over used in many settings, podcasts, online, conferences, youth functions, twitter, etc. Not sure if all are nationally over used but most are :-)

What about you? What things, events, etc, did you find hip and or annoying in 2010?

Dr. Roger D. Butner said…
LOVE the list!!! Keep crankin out the good stuff on your blog, Carole. I'll try to remember to weigh in later with some hip/annoying comments.
12/28/2010