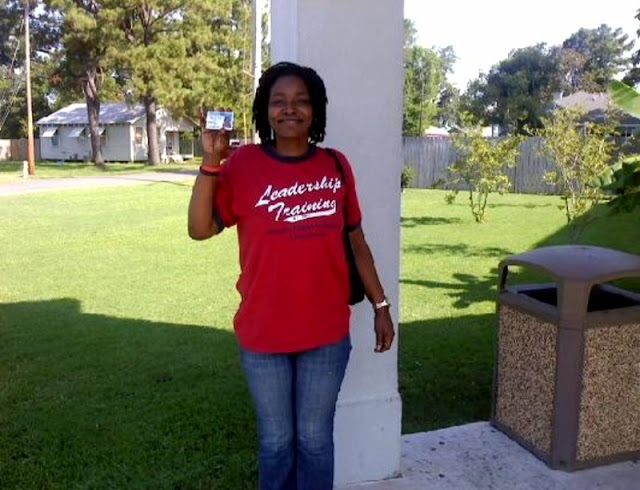 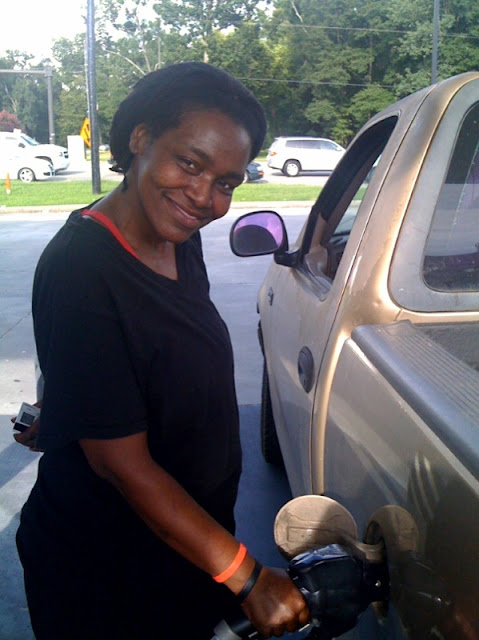 And today she also received a wonderful donation of a 1999 Ford F150 truck!! Yes, someone gave her a truck.

What's really cool is that the guy who gave it to her works with Cyrus International which is an Anti Human trafficking campaign. He didn't even know Marguerite's story when he donated it. He had no idea he was helping a former victim of human trafficking! That is how God works, I love it!!

If you haven't read Marguerite's story, HERE is the link to it.

So now, Marguerite can drive herself to work at BJ's restaurant instead of taking the city bus. And, I have to mention this, my boss, Charity, has been picking Marguerite up from work at 1:00am three to four nights a week and taking her home for over 4 months now because the city bus doesn't run that late. I have gone with Charity on these late night drives a few times.

I already thought a lot of Charity, but after this, my admiration for her has risen substantially. She didn't have to do this for Marguerite. Charity has a husband and a 1 year old son at home, she also has to be at work at 9am in the mornings after doing these late night pick ups, so anyone would have understood if she couldn't do it. But no one else could and Charity knew that without that ride, Marguerite would lose her job, Charity didn't want that to happen so she made the 20+ mile round trip drive after midnight several nights a week.

You see how blessed I am? This is what I get to be a part of. These are the kind of people I get to be around. People don't know what Charity does. She's not the "look at me" kind of person. But I'm so blessed to work with her. Those late night drives that I was blessed to go on were really cool. Yes I was tired but I got to spend time with Charity and Marguerite. We talked and laughed, heard about Marguerites night at work and I feel like I got to know Charity better in those we hours of the morning.

And you know what's even more amazing? This is just the tip of the iceberg. I work with LOTS of  incredible servants. That is why I tell their stories here. I love telling the stories of the people from the community but I also want the world to know about the people I get to serve with, people that give their lives for the cause of Christ every day at the Dream Center.  People like Charity, they are the most inspiring people!
Dream Center Matthew 25 The Church