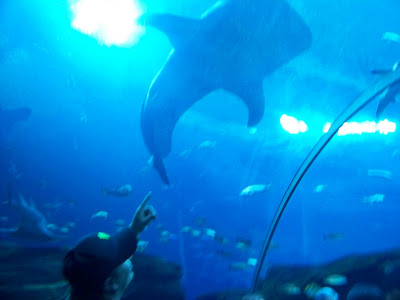 Yesterday was CRAZY. We got her around 2pm, went to the World of Coke for a couple hours then on to the Dr Pepper party at the Aquarium. I love the Aquarium in New Orleans, but this one is way better! the Whales and the Whale Sharks were so cool. I actually felt sad being there without the kids. They would have loved both The World of Coke and the Aquarium.

Here are a few pictures... 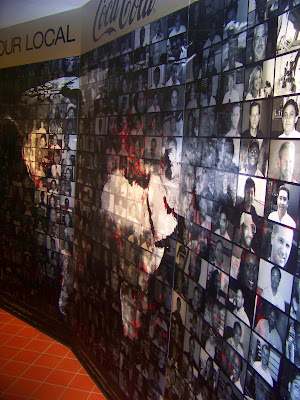 This was a cook wall that changed as you walked past it. It' a map of the world with little red Coke bottles marking on the map where all the bottlers and Coke distribution centers are around the globe. But it also has pictures of Coke employees from around the world. Way cool. 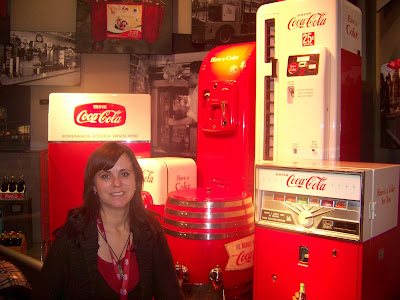 Me by some old coke machines.. 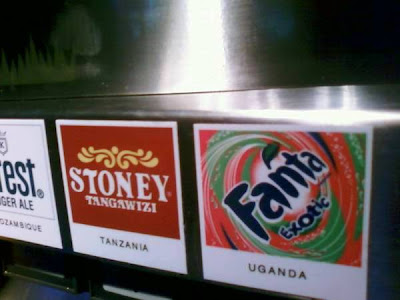 And here are some of the drinks in the tasting center that we got to try from all around the world, I of course had to take pictures of the African ones. 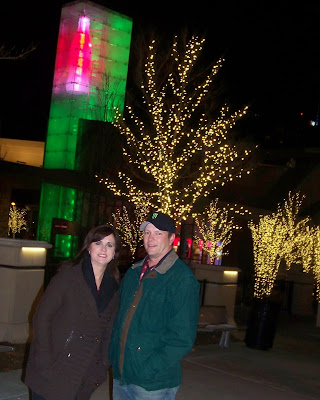 Dean and I about to go into the Aquarium for the party, we are standing in front of The World of Coke, see the cool lit up Coke Bottle above us? They are going to have one similar to that at the new plant in Baton Rouge. 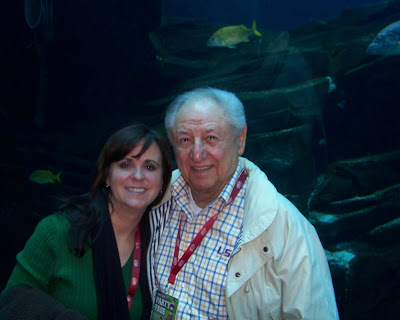 And this is me and 80yr old Mr. Mumphry. He's here with his step son who works with Dean. He's a trip. Him and I spend a lot of time talking music and adoption (he plays in a big band in New Orleans and he also adopted two of his six children).

There is also a large African population here. I have met 4 people so far that are from Africa, two are from Ethiopia, one Kenya and the other Eritrea. They work here at the hotel in the service areas. There are ladies here that I knew just by looking at them that they were from Ethiopia because they are so beautiful. I really do think that Ethiopia has the most beautiful woman. I keep embarrassing Dean because anytime I see a workers name tag and see an African countries name on it, I start talking to them. They are all so nice and gracious to this loud southern woman longing to bring her son home from their wonderful continent. I feel closer to him when I talk to them.
Adoption Africa family

leah said…
oh yeah! the African coke products- got that STONEY from Tanzania! Never actually tried it because my friend told me it was absolutely terrible, but saw it everywhere!
So glad you and Dean got a chance to get away, have a good weekend, I don't know how matches will be made without you here
12/06/2008

Elysa said…
How fun! And girl...you are just like me with your African obsession. Yeah...my family has been known to just roll their eyes at my antics! ;D
12/07/2008