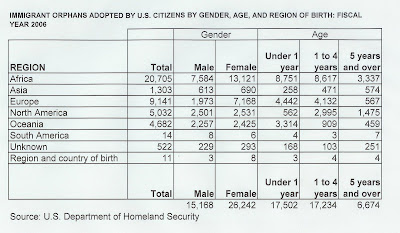 $56,000
Median income for households with adopted children under 18, higher than those with biological children and stepchildren, $48,000 and $51,000, respectively.

"At the very top of the adoption hierarchy are white, blue-eyed, blond-haired girls," Fleming said. "And unfortunately, at the very bottom of the hierarchy are African-American boys."

115,000 of these children are waiting for families to adopt them.

The majority of waiting children are of color

Sadly each year 24,000 young adults age out of the foster care system without being adopted.