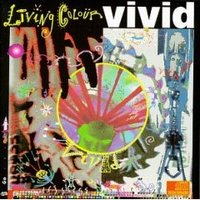 I just got the CD Vivid by Living Color. I had it on cassette but thanks to Amazon.com I now have it on CD for 3.00 including shipping!

Living Color was a hard rock band made up of all black males. They were way ahead of their time when they hit the music scene in the late 80's. They rocked and rocked hard. Lead singer Corey Glover was an amazing singer and Vernon Reid, the lead guitarist/lyricist wrote songs that were fun but also strong social commentary concerning what it was and is to be a black male in American.

Ammye and I use to drive around Houston in 1993 jamming out to this CD but as I listen to it now I don't hear "late 80's, early 90's" music. It's just good rock and roll and lyrics that make you think out side of the "White box". I love it.
Lyrics Music